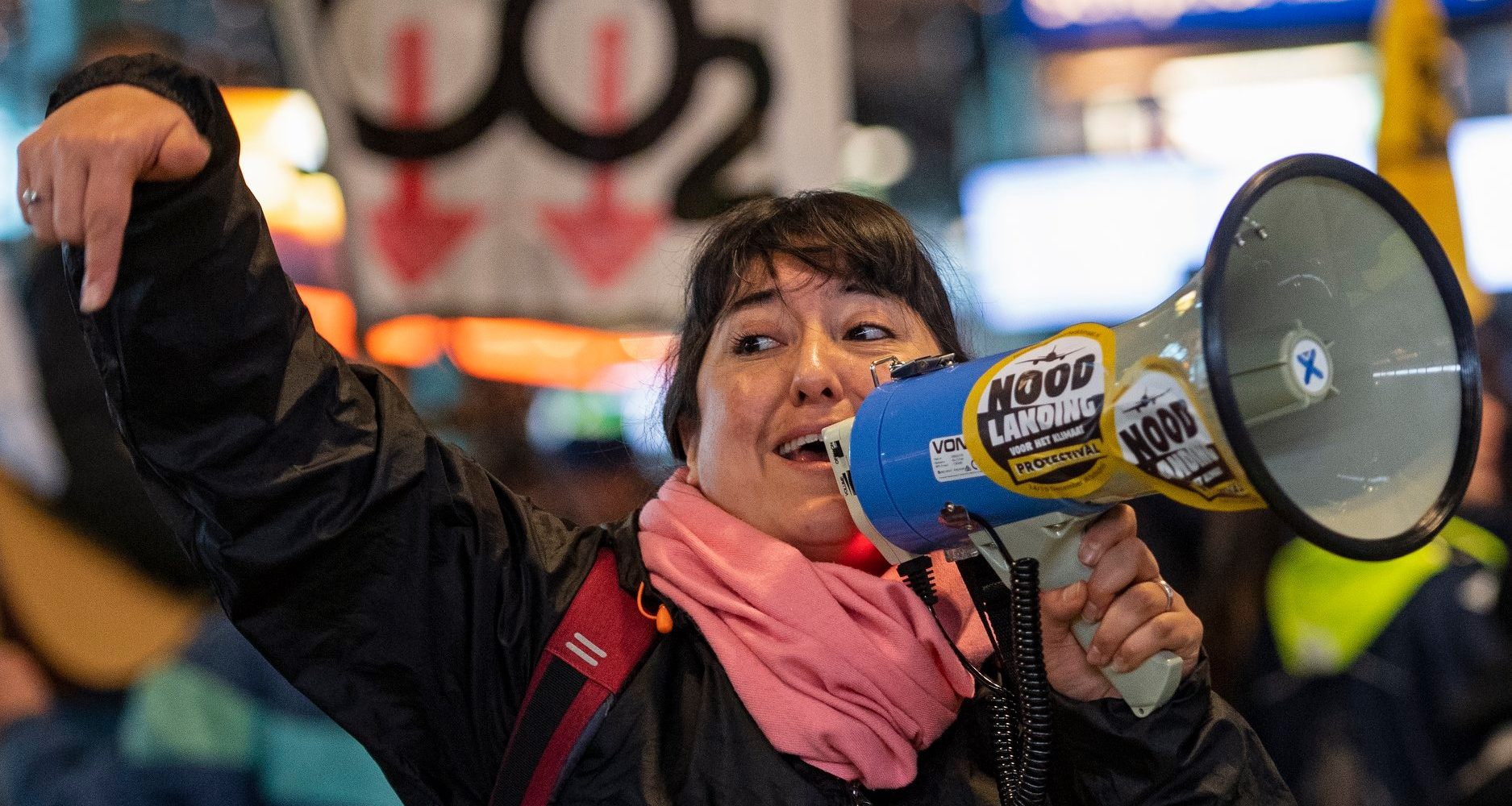 Take action for justice and the environment!

This was the message of our online event ‘ARTIVISM for Environmental Justice’, held on 14 October. Through this event we aimed to provide alternative ways to take action for the environment, by using the combination of art and activism. Mediums such as music, film, photography, graffiti murals, and more, have long been used as tools to push forward issues of human rights, peace and justice. Today, these tools are also used to take action for environmental justice, and if we look closer we can see examples of that around us. By reaching the end of the article you will find out a few of these tools and get inspiration from the people who employ them.

Why is it necessary to focus on environmental justice? Environmental defenders across the world have dedicated their lives to protecting the lands, waters, and air for the past, living and future generations. However, it is these very same people who are suffering great injustices and violations for protecting nature and their human rights. An example is the late indigenous and environmental defender Berta Caceres, who was murdered in March 2016 for her efforts to defend the environment and her community. In light of this, we dedicated this event as a tribute to Berta and the Lenca community for their unstoppable fight for justice and the environment.

Why should we be concerned with such injustices? Through our event last Wednesday, we strived to show that we are all connected in this movement for justice and the environment. You may not be the victim, and you may not be the perpetrator of environmental injustices, as our moderator Chihiro Geuzebroek stated, but you also have a role to play.

“Silence is also a role. It can be changed at any moment.” – Chihiro

To demonstrate how you can combine art and activism to defend justice and the environment, we gathered a group of inspiring artists, activists and human rights defenders. Joining us live was Roelof Schierbeek from Dutch graffiti artist duo Karski & Beyond, Victor Hugo Moreno Mina who is a Colombian human rights defender of Afro-descendant communities and their territories and a former Shelter City guest, Chihiro Geuzebroek who is a filmmaker and an environmental artivist from the Netherlands, and also the moderator of the event, and the recorded participation of Yero Gaynaako, human rights defender and activist-rapper from Mauritania.

The programme kicked off with one of the makers of the Mural of Change – Dutch graffiti artist Roelof Schierbeek (Beyond) from the graffiti art duo Karski & Beyond. “We are sort of rebels”, stated Roelof. Together with Roy (Karksi), Roelof is using the public space as a canvas, and graffiti as a tool to make a statement and a call for action.

The Mural of Change is a 15-meter high graffiti mural dedicated to human rights and environmental action. Through the mural, they aim to give light to human rights defenders  who are fighting for justice and the environment. “Not only iconic people that everybody already knows”, says Roelof, should be portrayed, such as Greta Thunberg who is portrayed on the mural. In fact, many defenders in the fight for the environment and for justice are anonymous or not given sufficient attention, such as Berta Caceres and Vitali Safarov who are also portrayed on the ‘Mural of Change’, and the fight for whose justice still continues.

“It’s great to empower other people who have a much bigger cause than we do”. – Roelof

Uplifting and empowering people is among the aims of Karski & Beyond’s art. As Roelof and Roy often travel to different cities to create graffiti, they search for people with a background in these cities who have a good cause, but who are not widely recognised. By portraying them on their murals, they give some extra light to these people and their message. 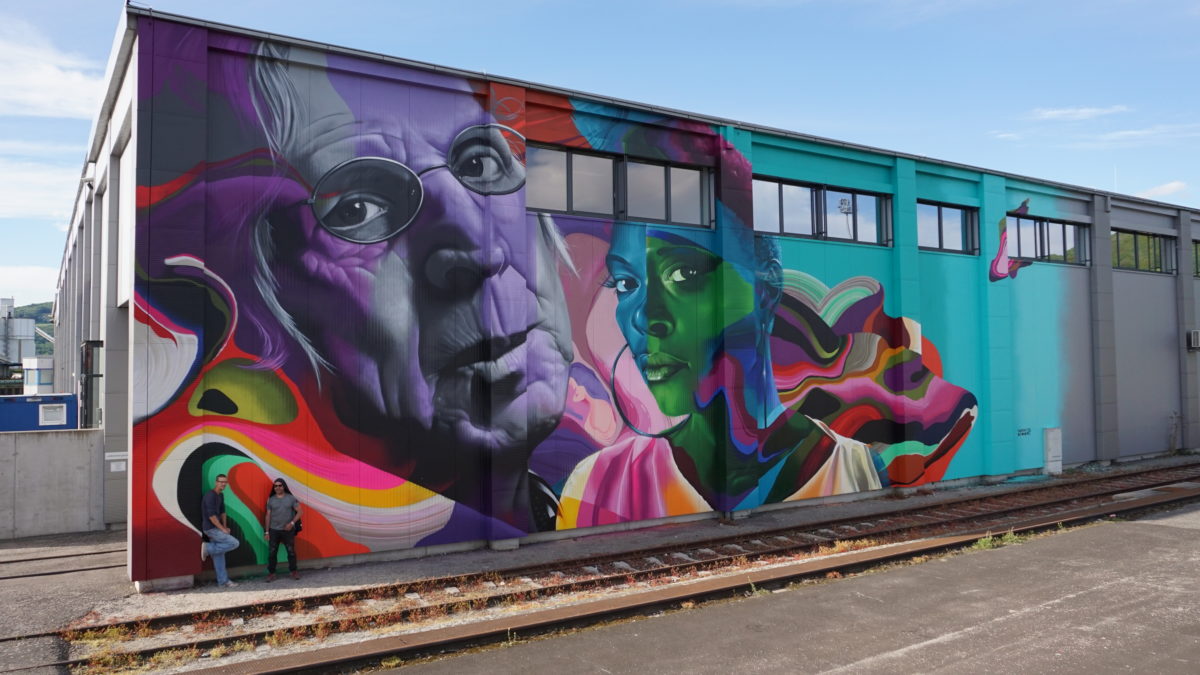 Moderator and speaker of the event, Chihiro Geuzebroek, introduced us to a few more artistic tools and the concept of environmental justice itself. Chihiro began her presentation explaining the root causes of environmental degradation and injustices. Climate change, Chihiro revealed, is not a new problem but a symptom of an old one – colonialism. The worst effects of these problems are often worst felt by indigenous people and small farmers.

As a filmmaker herself, Chihiro uses the tool of film and videos in her fight against environmental injustices. One of the examples she shared is a movie she made called ‘Radical Friends’. This documentary movie provides a perspective to climate justice through the vision of rights for Mother Earth. “We do not own the earth but we belong to the earth”, states Chihiro; this makes us have duties and responsibilities to her, and not just rights.

Banners and chants are also tools to fight for environmental justice. A banner at an anti-racism demonstration which Chihiro was part of reads “Climate racism is killing lives; decolonise”. Chihiro’s activism is also largely directed towards Shell, a multinational oil and gas company with headquarters in the Netherlands. She has also inspired a whole campaign and a song under the banner of ‘Shell Must Fall’ through a chant Chihro wrote about the violations on Ogoni people in Nigeria by Shell.

Next, we had joining us an environmental defender from Colombia, Victor Hugo Moreno Mina. As a leader in a community council, Victor takes part in the administration of the ancestral and collective territories of the black communities in the North of Cauca department. One of their struggles which these Afro-descendant communities are fighting against is climate racism. In a previously recorded interview, Victor explained that big corporations have settled in the lands of the black populations and generate contamination. As the health effects of this cannot be proven, it is hard for the community to counter this polluting activity, which harms them and their environment.

“For us, environmental justice is part of our system of ancestral justice as black communities in the North of Cauca.” – Victor

In a live conversation with Chihiro, Victor also shared that the protection of biodiversity is an integral part of the culture and world view of his community. The care for the different forms of life (humans, animals and plants) and their rights, takes an important place within their views towards development. Furthermore, their activities of environmental defence are linked to the protection of ancestral knowledge, and cultural practices and arts. A few examples Victor mentioned are a sport similar to fencing, dances referred to as ‘juga’ and ‘fuga’ and the use of Cauca violins, which are all preserved and practiced in his community.

Yero, rapping to speak up against (climate) injustices

For the grand finale we had saved the recorded participation of rapper and activist from Mauritania, Yero Gaynaako. To highlight the devastating effects of climate change on people’s lives in Mauritania, Yero wrote a song called Waylo Waylo Weeyo (Pulaar or Fulani for ‘Climate Change’ ). Justice and Peace played the performance of Yero’s song, which was made together with his friends and musicians, James Gallagher and Bela Horvat.

Through the chorus of the song we could hear Yero asking “Why does it no longer rain here? … What is the cause of all these droughts?”. Having grown up in in the countryside in Mauritania, he could see the direct effects of climate change. “It does not rain as it used to and this has accelerated the rural exodus and water-related conflicts (between herders and farmers)”, Yero shared with us. He believes that everything is connected – climate change, food insecurity, violence, oppression, and injustices. To speak up about this, he employs the tool of rap, or as he says ‘conscious rap’.

“I opted for conscious rap, a rap that raises awareness and takes a stand in the face of human rights violations.” – Yero

In rapping, Yero finds a tool for activism, as it has a strong mobilisation capacity and is the music of young people. Through his music Yero also raises awareness about racism and slavery, considering the existence of serious discrimination and disparities between the Arab and the black population in Mauritania. About rapping, Yero says “it allows me to carry the voice of the oppressed and to be the mouth of those who do not have one.”

We from Justice and Peace are happy to have brought this event to you, and are grateful to all the speakers and participants who joined us to together demonstrate the power of ARTIVISM. We hope that this event has spoken to the artist and activist within you, and has gotten you thinking about what steps you can take for the protection of justice and the environment.

To watch a replay of the event, go to the event link.

This event was part of The Hague Just Peace Festival and was supported by our ‘ Mural of Change’ partners The Hague University of Applied Sciences.