Home » Greta Thunberg, forging a path for a sustainable future

Greta Thunberg, forging a path for a sustainable future

Greta Thunberg has become the face of the worldwide movement to fight climate change. At only 17 years old, she has inspired millions across the world to join protests calling on governments to take action for the climate and companies to be held accountable. A symbol of action and speaking truth to power, a defender of the environment, and an example that anyone can be a change maker, Greta is an inspiration for us and for many. Greta is portrayed on the Mural of Change as a tribute to her and her incredible efforts to call for urgent action for a sustainable world, and represents all young people around the world standing up for change in their communities.

Greta was born in Stockholm, Sweden in 2003. At the age of nine, Greta began reading about climate change, and quickly realised the inaction that seemed to plague the world.

She began her movement for change close to home, first by urging her parents to make alternative lifestyle choices to reduce their carbon footprint. Her concern however made Greta extremely worried and depressed, causing Greta to stop talking and eating. Soon after, she was diagnosed with Aspergers (a form of autism), OCD, and selective mutism – which Greta describes as meaning she “only speaks when necessary”.

Eventually this concern blossomed into a way Greta could channel her energy into action, when in August 2018, she began skipping school to strike at the Swedish parliament. She realised that she needed to begin addressing policymakers and those with power, the companies. With a sign with words in black saying “Skolstrejk fӧr klimaat” (School Strike for Climate), Greta took to the streets for three weeks straight to call on Sweden to meet the carbon emissions target agreed by world leaders at the Climate Change Summit in Paris in 2015 . This target, which has been repeatedly warned by scientists the world over, must be met to avoid global temperatures rising above 1.5 celsius which would lead to irreversible and damaging effects to the environment.

Her strikes did not go unnoticed. Students elsewhere in their communities began striking under the slogan #FridaysforFuture, a movement inspired by Greta. Eventually, not only students but fellow activists and people of all ages united around the world call for change outside their local parliaments and city halls. In 2018, Greta spoke for the first time to world leaders at the United Nations Climate Change Conference in Poland where she delivered an extremely powerful speech that moved the world. In just a short amount of time, an international awakening was put in motion and in 2019, the efforts of Greta and other voices of youth inspired over 4 million people worldwide to join the global climate strike on 20 September. 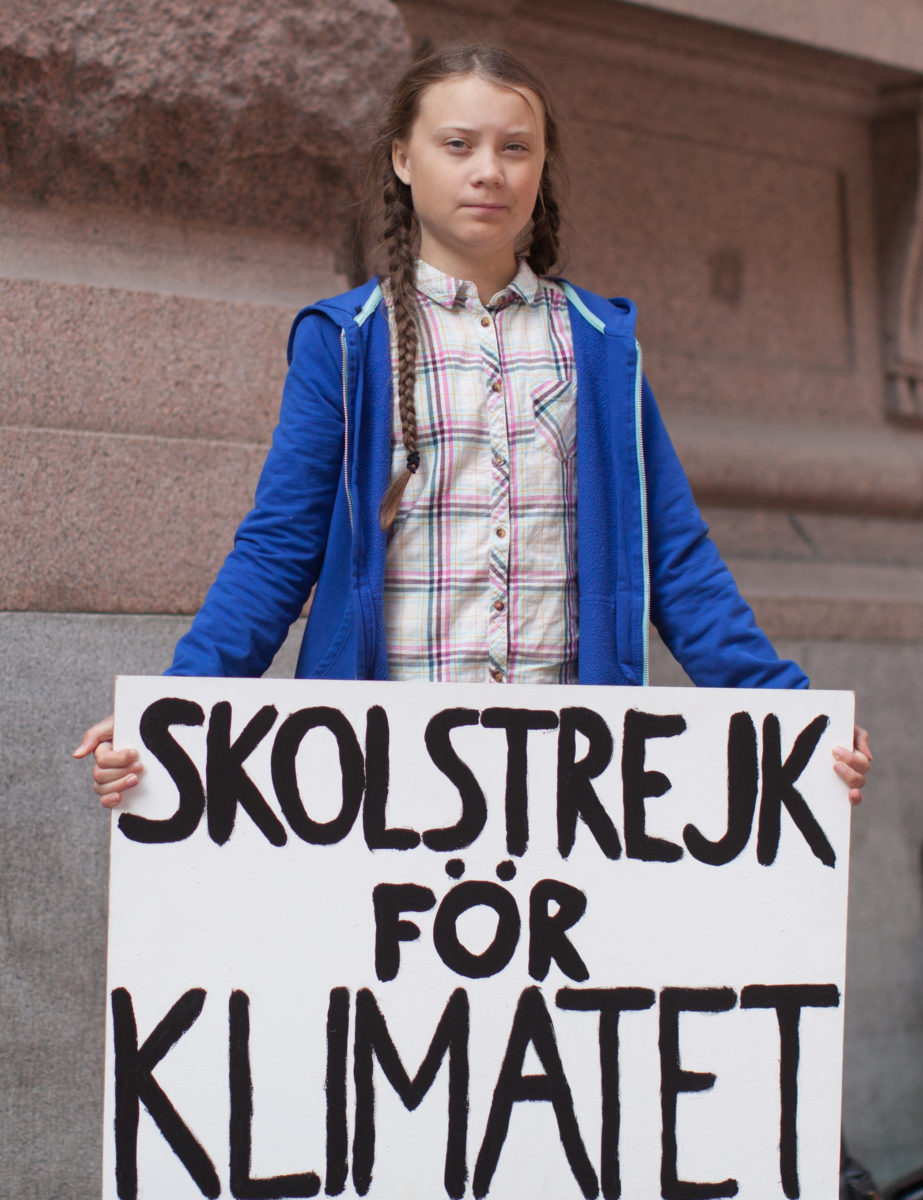 “Greta has shown that we can speak out. She has made our voices louder. For me, I feel hope and that something actually can be done, we don’t just have to sit and watch.”

Greta’s ideas to strike on at the Swedish parliament were initially inspired by protests when students from Parkland, Florida refused to attend their classes due to school shootings. Almost full circle, her activism has in return brought more attention to the power of youth elsewhere. Hundreds of other youth movements across the world have gained traction calling for change and have created a general awareness on topics such as gun laws, education, to indigenous rights, and democracy. “All these young people from many different places began pushing together to form this alliance of movements” said Greta in an interview . Her efforts and those of other youth movements have put in the spotlight that we must think how the actions we take now affect the future and how our collective values of humanity must be defended.

“We are deciding right now how we want our future to look like.” – Greta Thunberg (Source)

Greta’s message is simple – we can’t keep living as if there is no tomorrow. Around the world, natural resources are being exploited and plundered, ecosystems are collapsing, and the planet is warming at an alarming rate. “We must start to listen to the science out there [on climate change] and start treating this crisis as the crisis that it is. Without treating this as a real crisis, we can’t treat it properly.” said Greta in an interview. And while we can make change locally for the environment, one thing is for certain – world leaders must start implementing more drastic changes to reach the carbon emissions targets to avoid temperatures rising, while companies must be held accountable for their actions in exploiting resources worldwide.

Fortunately, with her efforts and all those standing, attitudes are changing. Greta has contributed to changing what was considered an unbeatable and impassive fight into a movement calling for urgent change. She has set in motion large waves of change, and like her, there are many other young activists out there that are concerned for the future. “Greta has shown that we can speak out. She has made our voices louder. For me, I feel hope and that something actually can be done, we don’t just have to sit and watch.”, a student from the Haagse Hogeschool said. Greta symbolises hope for the future, but also the urgency that we need to act now.

In the words of Greta, “We do need hope—of course, we do. But the one thing we need more than hope is action. Once we start to act, hope is everywhere.” (source: Common Dreams). Through the Mural of Change, we hope to inspire such action for a more sustainable and just world.