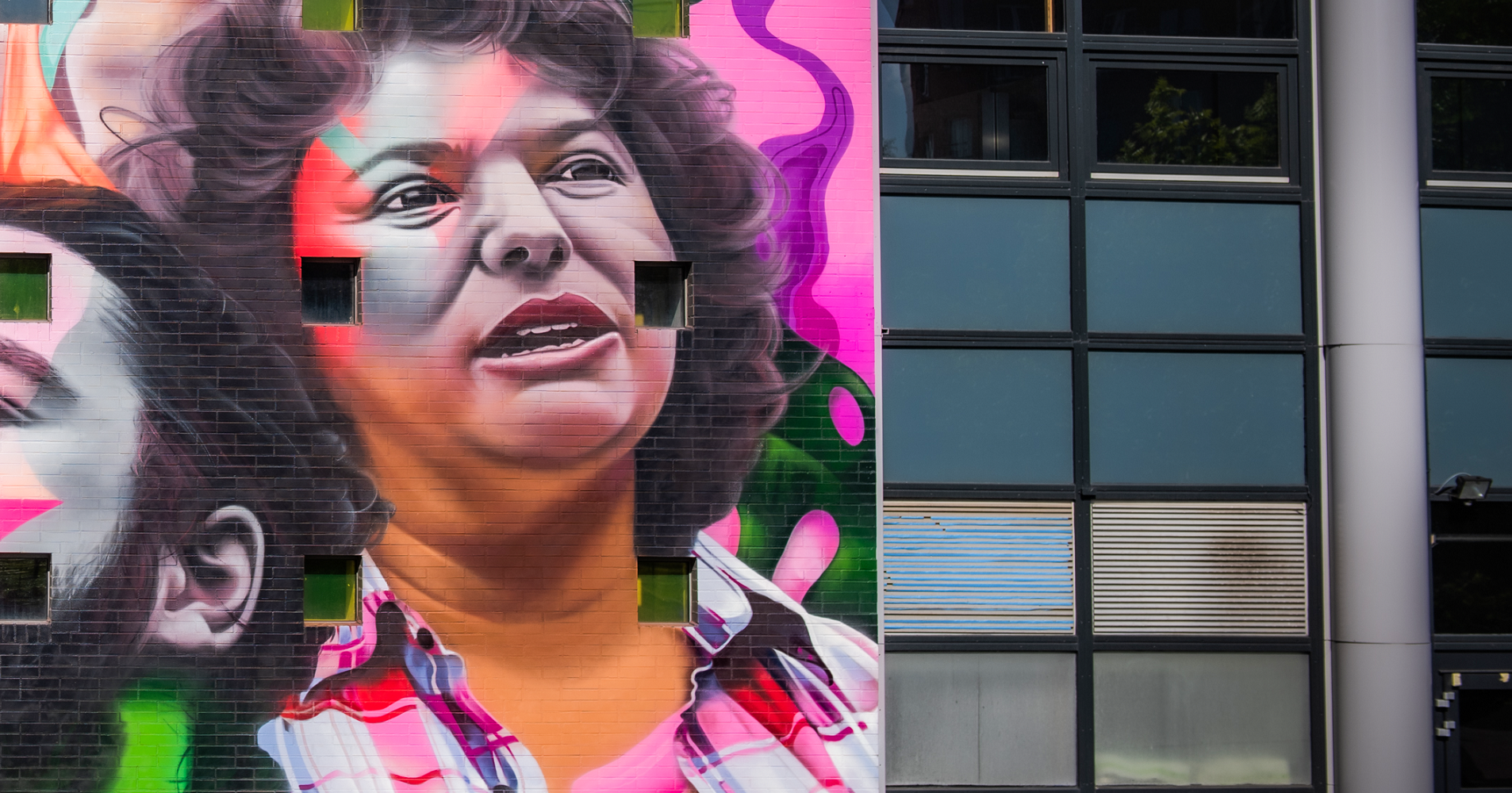 Berta Cáceres, taking action and defending justice and the environment

Berta Cáceres was an indigenous and environmental defender from Honduras, who defended the land and the rights of the indigenous Lenca people for over 20 years. Her main fight was against the forced displacement of the Lenca community as a result of environmentally destructive mega projects by the Honduran government and international companies. Berta was unjustly murdered in her peaceful fight, but left a lasting legacy and a collective which continues upholding it. A symbol of action to incite change, Berta’s story is an example that we should not stay silent and inactive in the face of injustices. Berta’s portrayal on the Mural of Change is a tribute to her and her incredible efforts to protect our communities and the environment at all costs.

“They wanted to bury her, but they didn’t know that she was a seed”.

Since she was a young girl, Berta was taught to stand up for and support those in need. In her hometown of La Esperanza, Honduras, Berta’s mother would take in central American migrants and give them vital support – medical care and a home-cooked meal. Her mother was a midwife and social worker, who ended up becoming the mayor of their town and the governor of their state. This strong female leadership flourished in Berta as well. While still a student in 1993, she co-founded the Council of Popular and Indigenous Organisations of Honduras (COPINH), an organisation that to this day fights for the rights of the indigenous Lenca community in Honduras and holds multinational corporations accountable for the damage they are causing.

As part of this indigenous group predominant in southwestern Honduras herself, Berta was called to raise her voice on behalf of her community. With COPINH, she protested illegal logging and deforestation, the building of damaging river dams, and threats to the land and the culture of her people. One of the largest fights she was leading was against the building of the hydroelectric dam in the Gualquerque river. The river is a vital and sacred water source for the indigenous community, and building the dam posed severe threats to it. Not only was it against the Lenca’s sacred tradition, but it also threatened their livelihood by cutting off their access to water, food and materials for medicine. This incited Cáceres to take action, and together with her community, to start organising protests against the dam in 2013. After a yearlong peaceful protest in which community and COPINH members risked their lives every day, the construction company, Sinohydro, withdrew from the project, and so did eventually the financiers, International Finance Corporation.

This victory brought the Lenca struggle to an international stage, and in 2015, Berta was awarded the Goldman Environmental Prize for the peaceful campaign she led with COPINH to prevent the building of the dam. Upon receiving the prestigious award, which honors grassroots activists for their efforts and leadership in protecting and enhancing the environment, she pronounced the following:

“Giving our lives in various ways for the protection of the rivers is giving our lives for the well-being of humanity and of this planet”. (Source: Berta’s award acceptance speech, Goldman Environmental Prize)

This achievement came at great costs, but Berta was equipped with a lot of endurance, courage and resistance. In many Latin American countries, human rights defenders and especially environmental defenders have become targets of the government, multinational companies and other groups, and are constantly facing threats and intimidations. In 2013, a community leader and a fellow to Cáceres from COPINH was killed during a peaceful protest against the construction of the dam, and more victims followed. Despite the many threats to her life as well, Cáceres never stopped protecting her community and Mother Earth. Instead, she has given us a powerful lesson – never surrender or resign yourself to injustices. There is still one great injustice to be served, however. On 2 March 2016, Berta’s life was taken away after she had sought protection various times, but was left to an imminent threat. Seven people have been charged and tried for her murder, but COPINH maintains that the ones responsible for ordering the crime are still to face consequences for their actions. Former UN Special Rapporteur on human rights defenders, Michel Forst, stated regarding the search for justice for Berta the following:

“Each and every one of us has a role to play by standing up against the powers that would like to silence defenders.” (Source: El Pais) 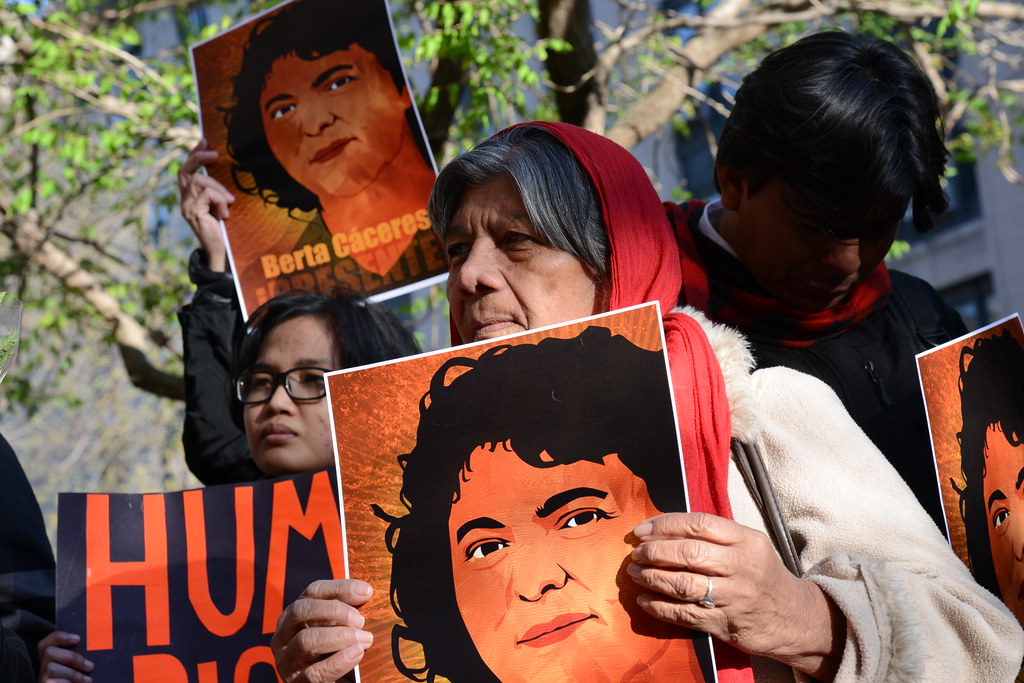 Now that Berta is not with us anymore, the widespread of her legacy is visible and rewarding. One of the signs on the many protests organised in Honduras due to Berta’s murder read:

“They wanted to bury her, but they didn’t know that she was a seed”.

Nothing could better capture the essence of her impact Berta left on her community and the world, as there is an inspired collective that persists fighting for their rights and their homeland with the same candour that she once did. The fight is led (amongst others) by her daughter Bertha Zuniga who assumed the post after her mother’s passing without attributing any type of spotlight to herself – “I do not feel like the heir of my mother because the fights are collective”, Berta’s daughter says. Indeed, if there is one thing that Bera’s life story teaches us, it is that the fight against injustices is a shared struggle, and only as a collective can we resist the threats against our rights around the world, and in Honduras. 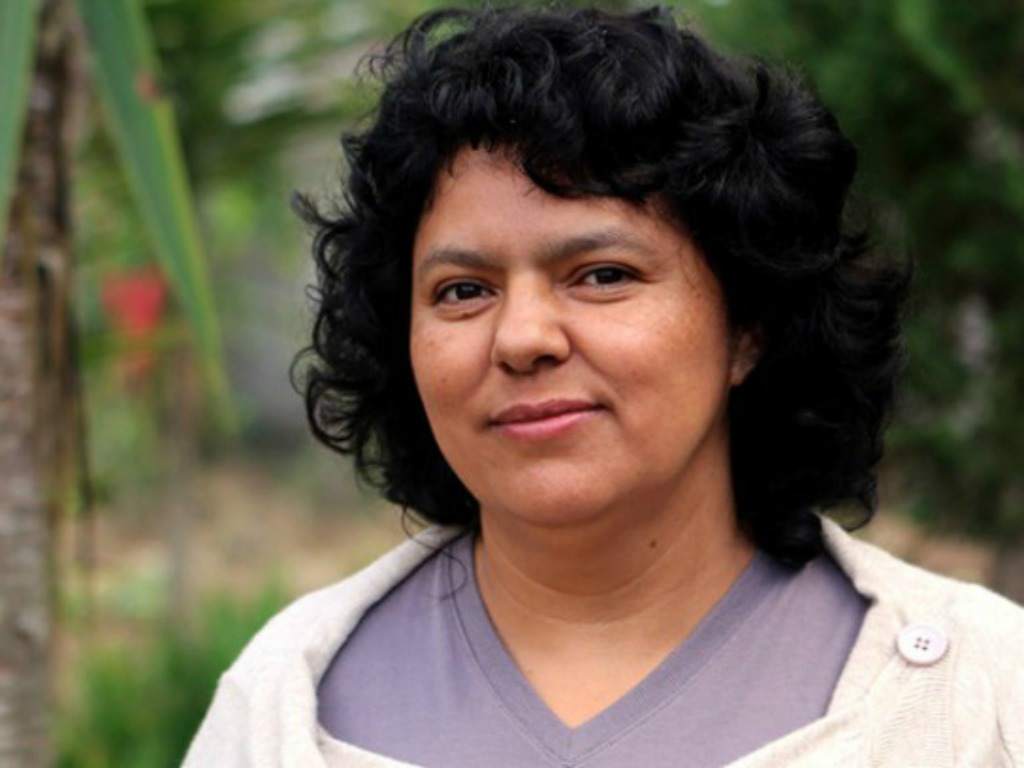