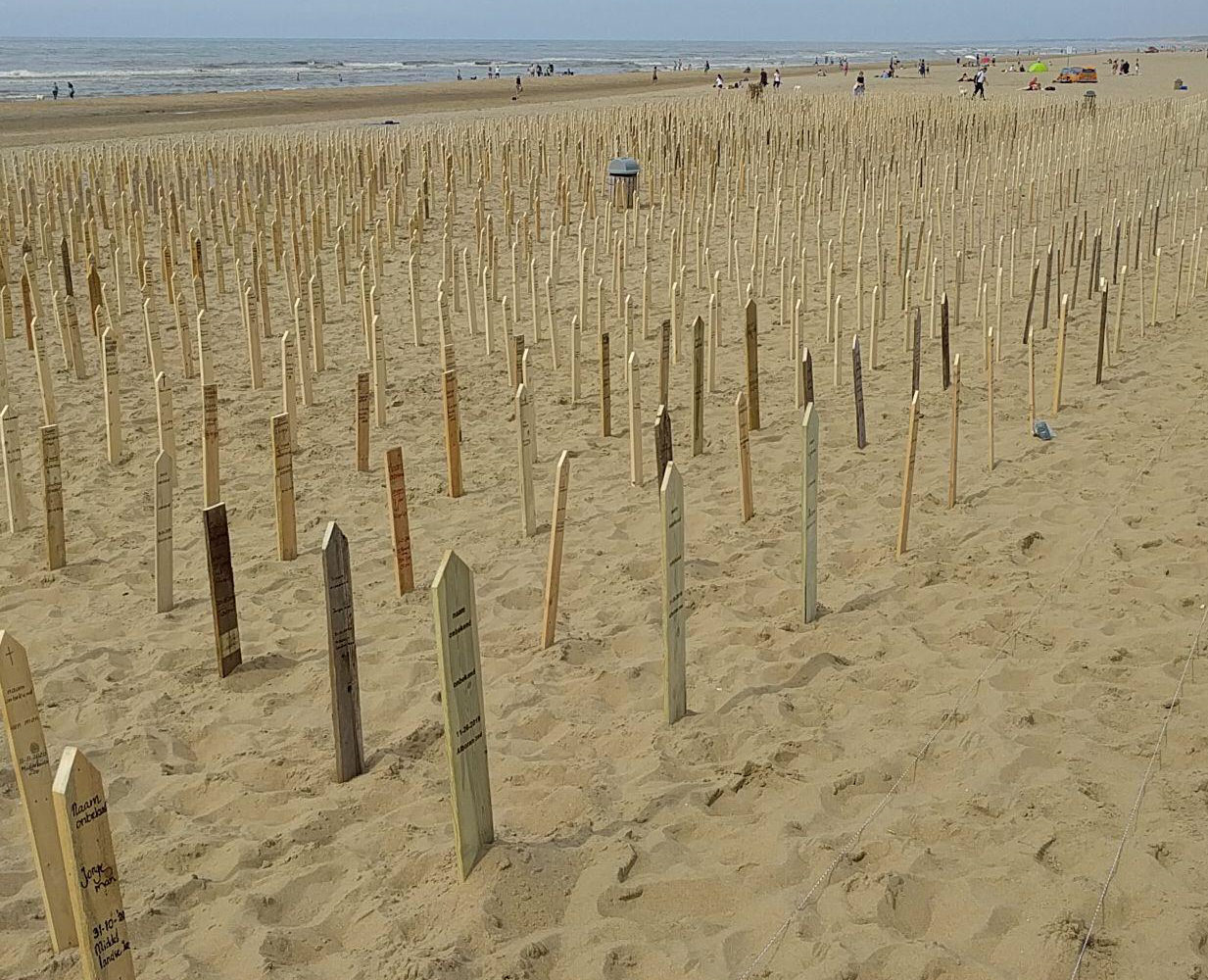 On the 20th of June, it was World Refugee Day. To commemorate this day, our colleague Liselot attended a special event organized by Migreat. The campaign was started by Migreat to commemorate the thousands of people who have lost their lives whilst fleeing to Europe. Between 1993 and 2020, more than 44.000 people seeking refuge have died at the European borders. Migreat called on Dutch citizens to take part in this campaign by creating their own memorial signs for each individual who has passed away and bringing these signs to the vigils to stand in solidarity with refugees in the Netherlands and globally. These vigils were held in the month June to both honour those who lost their lives as well as demand change in the European migration and asylum system.

On World Refugee Day, there was an impressive closing action with all the signs ending up at Scheveningen Beach. Many people came to show respect and solidarity with refugees worldwide. Our Samen Hier ambassador Leila Prnjavorac hosted a part of the event, and various speakers called out names of the people who have died in silence at European borders.

With our initiative Samen Hier, we are contributing to the creation of safe pathways and safe havens in the Netherlands. We are doing this by implementing a variant of the community sponsorship model in the Netherlands. This is a radically new way of receiving refugees, as it provides much greater room for citizens and organisations to take initiative and play a part in the arrival and reception of refugees in the Netherlands. The 44.000 names campaign reinforces the notion that we as citizens have to work to enact change, and contribute to safe migration routes.

Together with local citizens, we are building welcoming communities for people seeking refuge. Through this network of local changemakers, Dutch citizens and local organisations are taking the lead in shaping the arrival and reception of refugees. Because civilians and civil society organisations are taking an active role in welcome refugees, they are able to welcome them directly into our communities without years of waiting or the necessity to flee from inhumane circumstances.

Would you like to read more about Samen Hier? 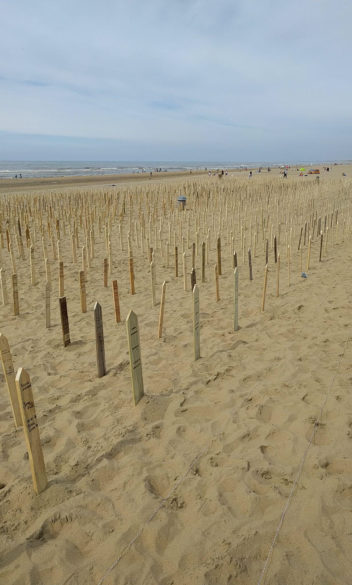