Louisa Ono Eikhomun is a community organiser, author, researcher, and founder of the organisation Echoes of Women in Africa. She is widely recognised as an expert on gender justice in Nigeria, often asked to facilitate consultancies and grant interviews to the media.

While Louisa’s expertise is informed by decades of study and professional experience, her understanding of gender-based discrimination and violence is also deeply personal. She shares her story with Justice and Peace, which starts the moment she was born, in the early 1970s, as the fourth of seven daughters in a polygamous family.

“I was born with discrimination because my father needed boys and my mother was having girls. In a culture that sees women and female children as not as good as males, my mother wasn’t proud and I felt her pain. I felt ashamed.”

In the coming years, Louisa would be faced with many challenges related to her gender—including digital hacking, public flogging and intimate partner violence. She credits her chance to go to school as being a ticket to survival, and ultimately, her path to activism.

“My father loved education—that was a good thing about him. He never believed girls should just grow up and get married; he believed in education and being professional.”

Louisa was a high-performer, balancing her studies with helping her family.

“We were not a rich family. My mother was a trader in the market. After school I would help her to sell in the market; I would put wares on my head, and I hawked around the market.”

During secondary school, Louisa’s family moved from the city to her village in Edo State, without electricity or running water. 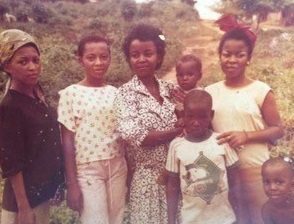 Louisa (far right) photographed just after her parents moved their family from the city to the rural town of Ugboha in southern Nigeria.

“Farming is a way of life there, so when you are not going to school you are going to the farm.”

There was an expectation in the village that it was time for Louisa to be married. After turning down a proposal, she feared being kidnapped and forced to marry, as had happened to other girls her age after refusing an initial marriage request.

Louisa says being alone in public also became difficult due to the risk of attracting unwanted attention. She describes one experience involving a local masquerade performer.

“I was walking on the road to my home one day and before I knew it something was flogging me and it was a disguised figure in a mask. And I was wondering ‘why am I being flogged? What was my sin?’ So I cried, people were mocking at me, people were laughing, people were cheering the performer.”

Louisa started questioning gender norms around her, including the pressure for girls to get married young and the dominance of boys and men in public life.

From survivor to defender

“Women and girls were being left out everywhere, and I knew deep down that was not right.”

She moved out of her rural home town to study education at Bendel State University, where she was first exposed to activism relating to women’s rights.

“I joined the group Women in Nigeria. In that group they were talking about gender inequality. It was moulding me, shaping me—it was my formative years.”

Upon graduating Louisa continued to seek out opportunities. She completed her Compulsory Youth Service year in the country’s north, working as a radio presenter, before moving to the capital of Abuja for work at the American Embassy. She then relocated to Lagos, got married and had two daughters.

Within her marriage, Louisa says she faced her darkest times.

“I experienced what my mum experienced, the discrimination of having female children. I was beaten. I was strung up naked at night.”

Louisa was able to flea with her children to a women’s shelter, which she credits with saving her life.

With the help of pro-bono legal aid she secured a divorce and custody of her children. She also gained employment through the organisation as a researcher, compiling newspaper clippings for the annually published report No Safe Haven: An Annual Report of Attacks on Women in Nigeria.

“Compiling these terrible reports of women daily, actually carved my way for me—that this is the work that I will be doing. I saw how vulnerable women are. I saw how they can be treated by intimate partners, how they are kidnapped, how they are raped.”

The reports were integral in lobbying for the domestic violence law that was eventually passed in Lagos State in 2007.

Further confirmation of her professional calling to support women came a short time later after getting a job as a reporter at a community newspaper. The African Union in Adis Ababa invited her to speak about media coverage of women and gender based violence, and also to provide gender expertise in a simulated peace support operation.

“This challenge of women in conflict kept coming up, and I knew that I couldn’t run away from it. When the home becomes a danger zone, it’s as bad as being in armed conflict.”

Echoes of Women in Africa

“When I came back [from the African Union events] I got professional women together and we formed the Echoes of Women in Africa initiative aimed promoting peace and security for African women and girls. I also went back to school to study peace and conflict, because of the issue of women in conflict.”

In her role as Executive Director of Echoes of Women in Africa, Louisa spent almost a decade delivering programmes related to social justice education, policy and advocacy, and supporting survivors of domestic violence.

Through this work, Louisa has become known as a vocal critic of gender discrimination at institutional, community, and individual levels. She even publicly criticised President Muhammadu Buhari for making remarks that his wife belonged at bedroom and kitchen. 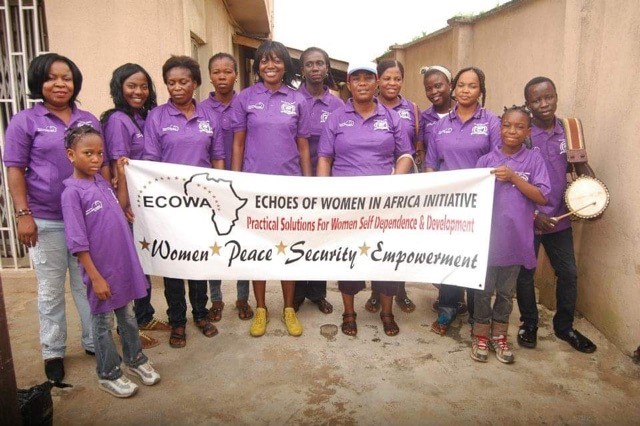 Louisa (far left) together with other members of ECOWA for an event to spread awareness about gender-based violence in 2011.

Louisa says her outspokenness has come at a personal cost, making her the target of digital hacking campaigns and accusations of disrespecting her culture. At one point she was summoned by a council of male elders to defend herself in relation to a research project about female ancestors.

“Being a human rights activist here is nothing to be proud of. The government does not value you. Even your parents begin to doubt whether you are doing the right thing. People see you as crazy, as a misfit, that you are out of place somehow or something is wrong with you. There is no money in the job.”

In 2018, Louisa was invited to spend three months in the Dutch city of Groningen as a guest of Justice and Peace’s Shelter City initiative. Here she was able to have a break, learn new skills, expand her international network and even secure a publisher for her upcoming book Surviving Domestic Violence and Related Laws on Protection in Nigeria.

Upon returning to Nigeria, Louisa is taking time out from her NGO work to complete a project for the Edo State Government with support from the World Bank to improve livelihoods of women in rural and semi urban communities.

Her future ambitions are to complete a PhD and to set up women’s shelters.

“I want women to have safe places to flee to and have support groups all over. Once you have escaped domestic violence it is not enough, you need to heal. You need to know how to cope and not to make the same mistakes. So that’s my dream, if I can give back to women in those groups then I’m fulfilled.

“Women’s groups are coming together to challenge the status quo. We are no longer working in silos. The voice of one woman may get drowned, but the voices of several cannot be. Together we are heard.”

With support from Justice and Peace, Louisa mobilised the women in her rural community to participate for the first time in an annual conference on the rights of women in April 2019. 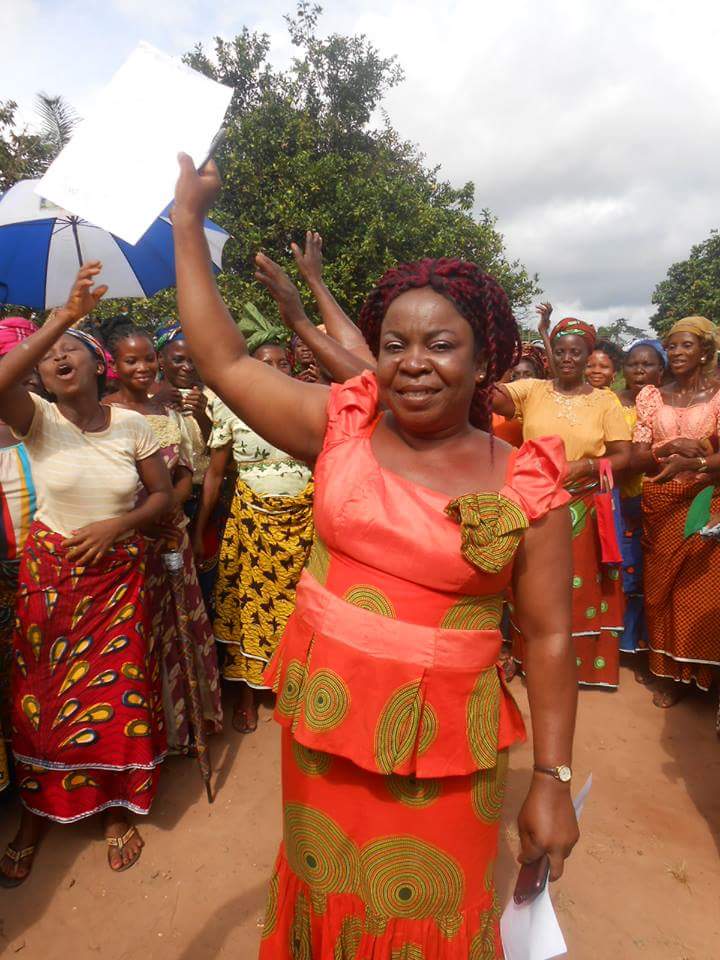 Louisa is a women’s rights defender from Nigeria. She took part in Justice and Peace’s initiative, Shelter City, in 2018.