On 23 June 2021, the Executive Directors of Justice & Peace, Human Security Collective, and the Netherlands Helsinki Committee, met with Michael O’Flaherty, Director of the EU Agency for Fundamental Rights (FRA), for a fruitful discussion on the state of the Dutch civil society; from the perspective of our three organisations, and within the broader European context. 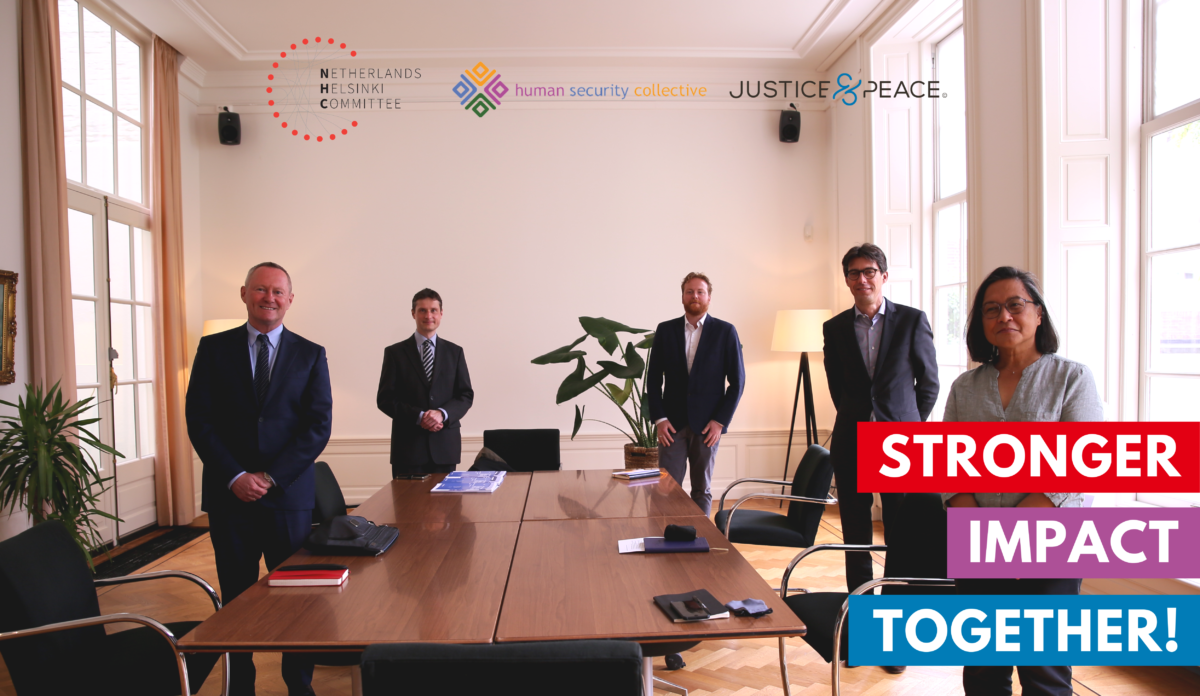 Director of the EU Agency for Fundamental Rights, Michael O’Flaherty, meets with Directors of the Human Rights Space organisations.

During the meeting, Sebastiaan van der Zwaan of Justice & Peace, Lia van Broekhoven of Human Security Collective, and Pepijn Gerrits of the Netherlands Helsinki Committee, discussed civic space in the Netherlands, and the EU, the RARE programme on capacity and alliance building for leading human rights defenders from across Europe, and the impact of COVID-19 and the challenges it has presented to the work of our organisations, framed also within the 2021 FRA Fundamental Rights Report.

Other topics discussed where the Conference on the Future of Europe, as well as FRA’s mandate and upcoming report(s) on civil society space in the EU. The need for more local collaboration between civil society organisation, and the role of national parliaments and Member States in the wider European debate, was similarly a point of interest for all.

In the words of Michael O’Flaherty, Director of the EU Agency for Fundamental Rights:

We need to collaborate much more as we deal with the big issues in society, and we need to do it locally […] The time when we could be busy in our own little sectoral interest does not make sense anymore. Human rights are a joined-up general set of protections for us humans. Whether you work on security, on peace, on social justice, on any other aspect of human rights: they are all integral to each other. Fixing one set of human rights problems opens a door to fix another: you break one, you break the other.

We look forward to the continued collaboration between our three organisations for “Stronger Impact Together”, and to an ongoing conversation with EU agencies such as FRA.

Watch the full statement from Michael O’Flaherty, in answer to the question “What do you think is the importance of a Human Rights Space such as this in the city of The Hague? below.

Find out more about our new Human Rights Space! 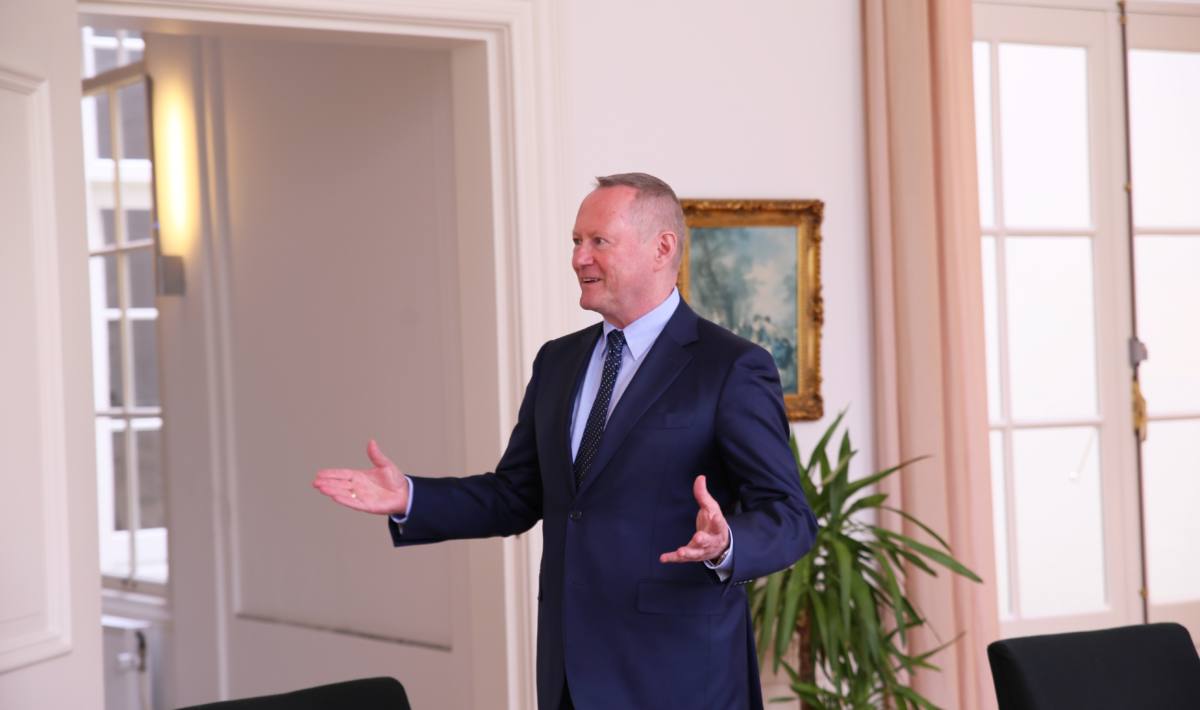 Michael O’Flaherty, Director of the EU Agency for Fundamental Rights, during the meeting with Directors of Human Rights Space organisations on 23 June 2021.