In light of the disturbing recent events in Ukraine, Justice & Peace has interviewed our Shelter City partner Sasha Delemenchuk to shed light on the ongoing situation. Sasha is currently based in Ukraine’s capital city, Kyiv. She has been up since 5am this morning when the bombings by Russia began.

Sasha is the co-founder of Shelter City in Georgia, which now has three Shelter Cities in Tbilisi, Batumi, and Telavi. She is also the Development Advisor of the Center for Participation and Development, and is on the board of multiple civil society organisations, including Truth Hounds.

At 5am Ukrainian time on 24 February, 2022, Russian President, Vladimir Putin released a statement demanding the Ukrainian military to surrender and announced the moving of his troops inside Ukraine to “demilitarise and de-nazify” the country and protect Russian citizens in Ukraine. Shortly after this announcement, the Russian military attacked the cities at the Eastern border of Ukraine and started bombing Ukrainian military infrastructures and military airports in various parts of the country, including Kyiv. Since then, 203 attacks and counting have taken place, including on a civilian hospital.

Hundreds of civilians in Ukraine had to flee their homes, but many others have also rose up to protect their country. Sasha shared that young people are queuing at military mobilisation units in order to enlist to defend Ukraine. Human rights defenders are also ready to defend their home.

In Sasha’s words: “We are struggling. We will be fighting until the end, we will die on our land. We will not let them invade us.” 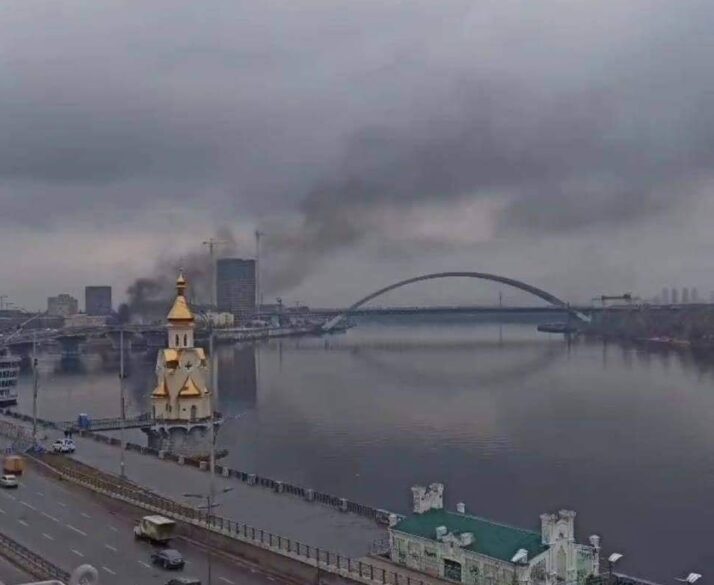 Sasha explained that it is extremely necessary that Western democracies take the maximum and extreme efforts to financially hinder Russia. This includes the blocking of all personal assets of Putin, his government, and all Russian oligarchs supporting Putin, including bank accounts in European countries. Western countries should also impose personal sanctions on Putin.

She also highlighted that European representatives must impose travel bans to the European Union on Russian oligarchs, MPs and public officials that voted for the invasion, as well as blocking Russian trade with Europe. Russia should be also cut out of the international banking system and the Swift network. Moreover, the European countries should discontinue the use of Nord Stream gas pipelines.

“We see now that Putin is completely out of control, and he is ready to do whatever he wants and nobody will stop him. The EU and Western democracies must act now, and this starts with stopping all of his financial transactions.”

Solidarity and support with Ukraine

Justice & Peace want to remind everyone that while the current situation in Ukraine may seem far away from the Netherlands, it is not. Our friends and colleagues are working tirelessly in and on the situation of Ukraine. There are many ways in which European civil society and individuals can help.

For individuals, it is possible to make a donation to the Return Alive Foundation or other organisations and causes supporting people in need in the east of Ukraine, those left without and home, for refugees and LGBTIQ+ people. You can also join in rallies against the Russian invasion in Ukraine in your city.

Moreover, Sasha encourages the civil society in the Netherlands and in Europe to spread the truth on Russian invasion and to delegitimize Russian propaganda, which instead depicts Ukraine as attempting at invading Russia.

Furthermore, we call on the EU and CoE Member States and their institutions, governments of the OSCE participating States, and OSCE institutions to take a strong stance and decisive actions, including sanctions, in support of the independence of Ukraine and peace in the region. We demand decisive actions from the international community to stop Russia from violating its obligations under international law and support Ukraine’s independence, sovereignty and territorial integrity.