In the previous months, refugees stranded at the border between Poland and Belarus in an attempt to reach Europe. These people got stuck in no man’s land at the border, often without any food or drinks and with temperatures dropping below zero; the result of a geopolitical game played by Belarus and Poland’s policy to stop and push back undocumented migrants and refugees. This is where Europe starts for asylum seekers but requesting asylum is made nearly impossible.

A Polish citizen started an action and many others followed. Home windows of people living at the Poland-Belarus border were lighted green as a sign for people on the move that they could shelter there and find safety. They were welcomed into houses with green light, and could for example warm up and charge their phone. The #GreenLight campaign was launched by Vereniging Asieladvocaten en -Juristen on Friday 10 December, International Human Rights Day. In this way, they encouraged organisations and individuals in Europe to light their buildings in green colours and with this campaign draw attention to human rights of refugees. We also honoured this call and turned our building in The Hague at Riviervismarkt 4 green. Together with the Human Security Collective and the Netherlands Helsinki Committee, we participated in Action #GreenLight and asked citizens and organisations in The Hague to join as well. 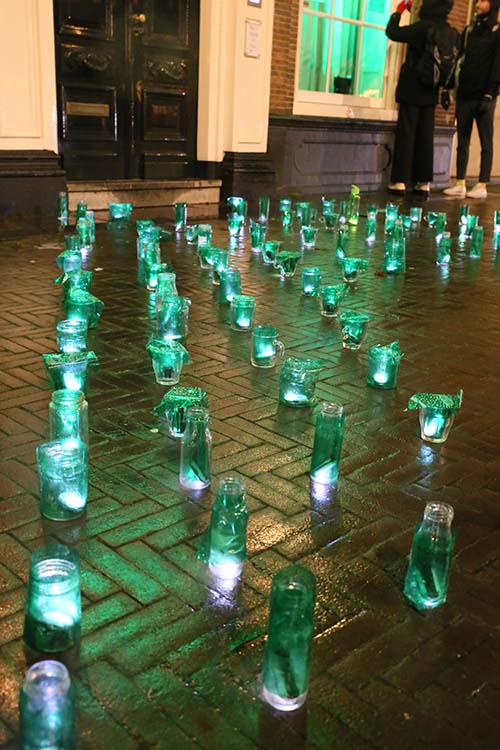 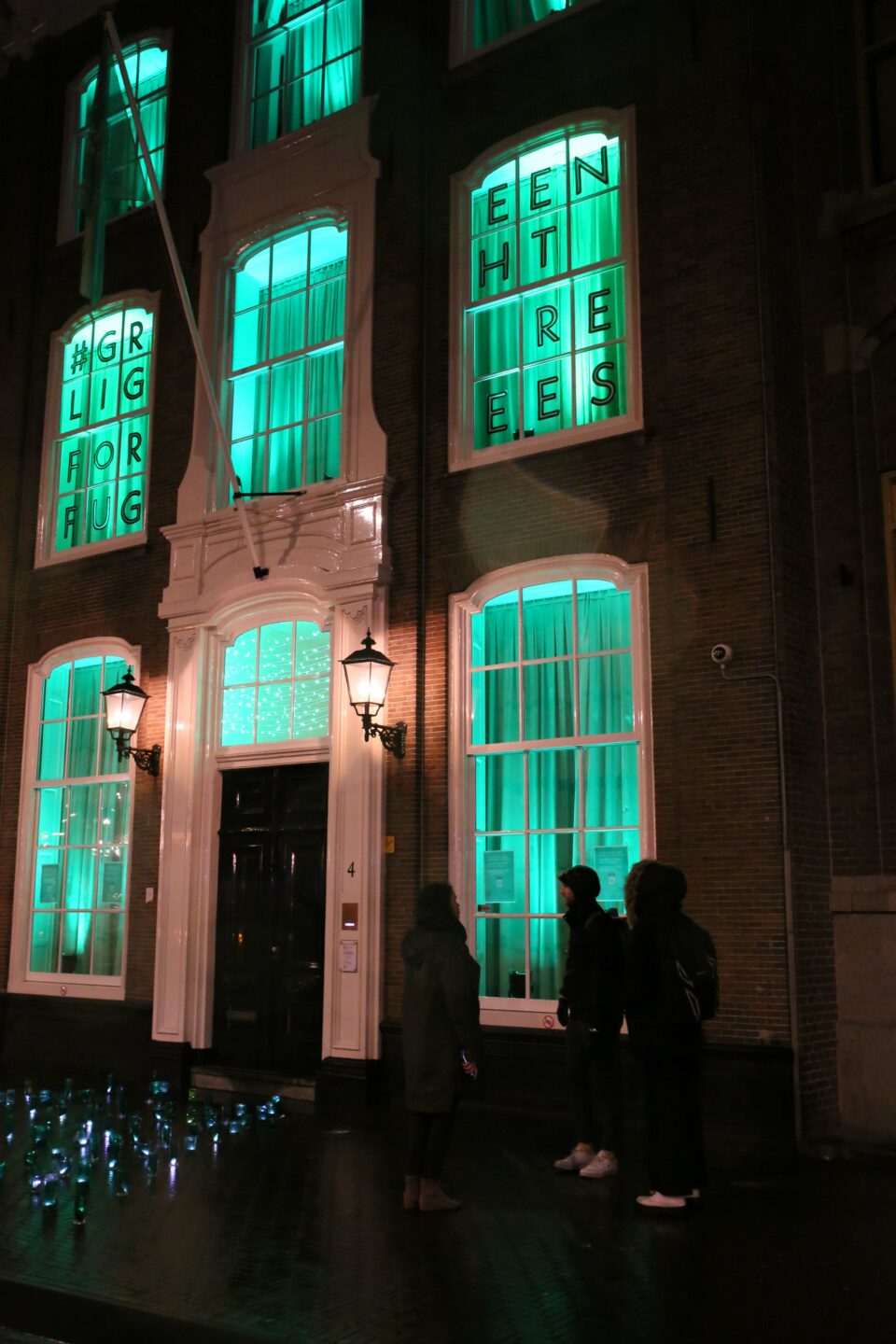 People on the move should always be able to seek asylum in a safe country. Seeking asylum is a fundamental right and all countries that signed the Refugee Convention, including all EU member states, are obliged to grant this right. Every person is entitled to international protection. In many places in the world, including at Europe’s borders, refugees are stopped and pushed back unlawfully.

“On December 10th, we light #GreenLights for refugees, for safe havens, safe migration routes and all change makers that are working hard for this. Because everyone has the right to entering a safe and place where they can seek asylum and start rebuilding their life together with others.”

The organisations in the building at Riviervismarkt 4 turned on the #GreenLight for safe routes and safe havens for refugees. We call for a safe and legal procedure to seek asylum in order to build a new life in a safe country. In this way, it would not be necessary for refugees to embark on a difficult and dangerous journey, they would not get stuck in no man’s land between two borders, fall prey to people smugglers or board unsafe boats on the English Channel or the Mediterranean Sea.

Justice & Peace offers citizens in The Hague a way to follow in the footsteps of the Polish citizens and become a safe haven for people on the move because of war and violence. Together with a group of friends or acquaintances, you can make sure that a refugee or refugee family feels welcomed and can start rebuilding their life from day one by joining Samen Hier. You will form a safe haven for one year where you can build worthy, meaningful and equal relations with each other. Here, newcomers are not refugees but new neighbours, friends, colleagues and citizens. Together with other participants of the Samen Hier movement, you contribute to a safe and legal route for people seeking asylum.

In addition to our building in The Hague, many other buildings, churches, libraries, offices and houses turned green. Small and big green lights were kindled to stand up against human rights’ violations. We were happily surprised by many positive reactions from passers-by and conversations that followed. Migreat initiated an action in which you can send an email to Dutch parliamentarians with a photo of your green lights and a call for protection of human lives and rights in Europe and at its borders.

Samen Hier is a movement of active citizens and organisations that work on safe routes and safe havens for people on the move through community sponsorship.

Samen Hier matches groups of five friends or acquaintances with a refugee or refugee family. They will join forces for one year. From this safe haven, people are able to build up their new life in the Netherlands together.

Samen Hier aims to offer safe routes in a variety of ways. Next to the existing and durable opportunity of resettlement of refugees based on nomination by UNHCR (the UN Refugee Agency), this is possible through offering humanitarian visa, or opportunities for refugees to come to the Netherlands for study or work. In these cases, people do not have to go on a dangerous journey and are immediately accepted in a place of residence (without first having to go to an asylum center).

This #GreenLight action at Riviervismarkt 4 The Hague is a collaboration between:

Human Rights organisation Justice & Peace builds and strenghtens (local) communities of change makers who work together towards sustainable, just and welcoming societies where human rights are rights for everyone. www.justiceandpeace.nl

The Netherlands Helsinki Committee (NHC) is a non-governmental organisation based in The Hague that works on protecting human rights and promoting the rule of law and democracy in Europe and parts of Central Asia. https://www.nhc.nl/