32 years in the service of human rights and social justice

We are saddened to learn of the death of Victor Scheffers. From 1983 to 2014, as director of Justice & Peace and secretary of the Justitia et Pax Commission, he worked tirelessly and with a passion for human rights and social justice. With his actions and ideas, Victor Scheffers showed us that it is possible to change the world. It was a unique and meaningful experience to be able to work with him. We will miss his inspiration, wisdom, warmth and humour. He was and is a great example to us.

People can change the world

In 2008, during his 25th anniversary as director and the 40th anniversary of Justice & Peace, Victor Scheffers received a Royal and a Papal decoration for his work; he was allowed to call himself Officer in the Order of Orange-Nassau and Commander in the Order of Saint Gregory the Great. When asked about the highlights of his career, Victor Scheffers mentioned, among other things, his support for the anti-apartheid movement in South Africa and the effective lobbying for the General Pardon. Until today, Justice & Peace is still committed to global human rights defenders and the rights of refugees.

“Victor Scheffers is the person who, with his actions and ideas, has shown us that you can change the world and he has inspired us to continue.”

A common thread in the work of Victor Scheffers and Justice & Peace is the belief that everyone is a change maker and that change happens at a local and personal level. “People can change the world; I learned that from Marga Klompé,” he said when he retired as director. “Aid only helps if you involve the local people directly. It’s about ownership.”

At his retirement, Victor Scheffers was described as a passionate defender of human rights. He was praised for his inspiration, but also for his solid consultancy and advocacy work. Bishop De Korte expanded on this saying that, “Human rights work requires perseverance. And that is only possible if there is inspiration. You have to feed your own soul so as not to become a technocrat or a bureaucrat. For Victor, that is without a doubt his Catholic faith.”

Victor Scheffers managed to put current human rights issues on the agenda and to appeal to and inspire new generations. For example, he saw climate change and a safe and healthy living environment as the new major human rights issues and he recognised the potential of social media to inform people and make them aware of what is going on in the world.

“Now that I am the last of my generation to retire from this sector, I am passing on the baton to a young generation that is ready to fulfill our important social role in the same spirit, but in a contemporary way. If I still say goodbye with sad feelings, it is because the work is not finished.”

As a new generation in the service of human rights and social justice, we are deeply grateful to Victor for his inspiration and hope, the groundwork he did and the example he has set for us.

We wish Victor’s family and friends a lot of strength with this great loss. 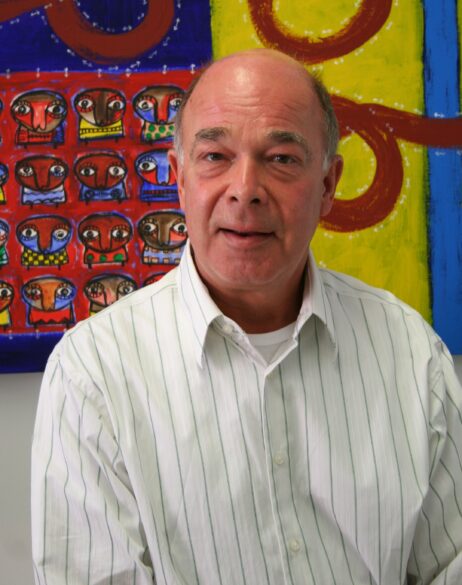