As the international city of peace and justice and the first Shelter City in the world, The Hague has to date welcomed 31 defenders, including our current guests. All of them have enjoyed a three-month temporary safe and inspiring stay in The Hague.

“We hardly need to explain why we need Shelter Cities. Human rights violations are widespread throughout the world. The perpetrators of such crimes do everything they can to keep them hidden … It is up to us to make sure that [the defenders’] voices, and those of their colleagues and fellow activists around the world, are heard,” said Mayor Jan van Zanen.

The meeting was organised in collaboration with Arjen Kapteijns, the Chairman of GroenLinks in the council, who also spoke at the meeting. 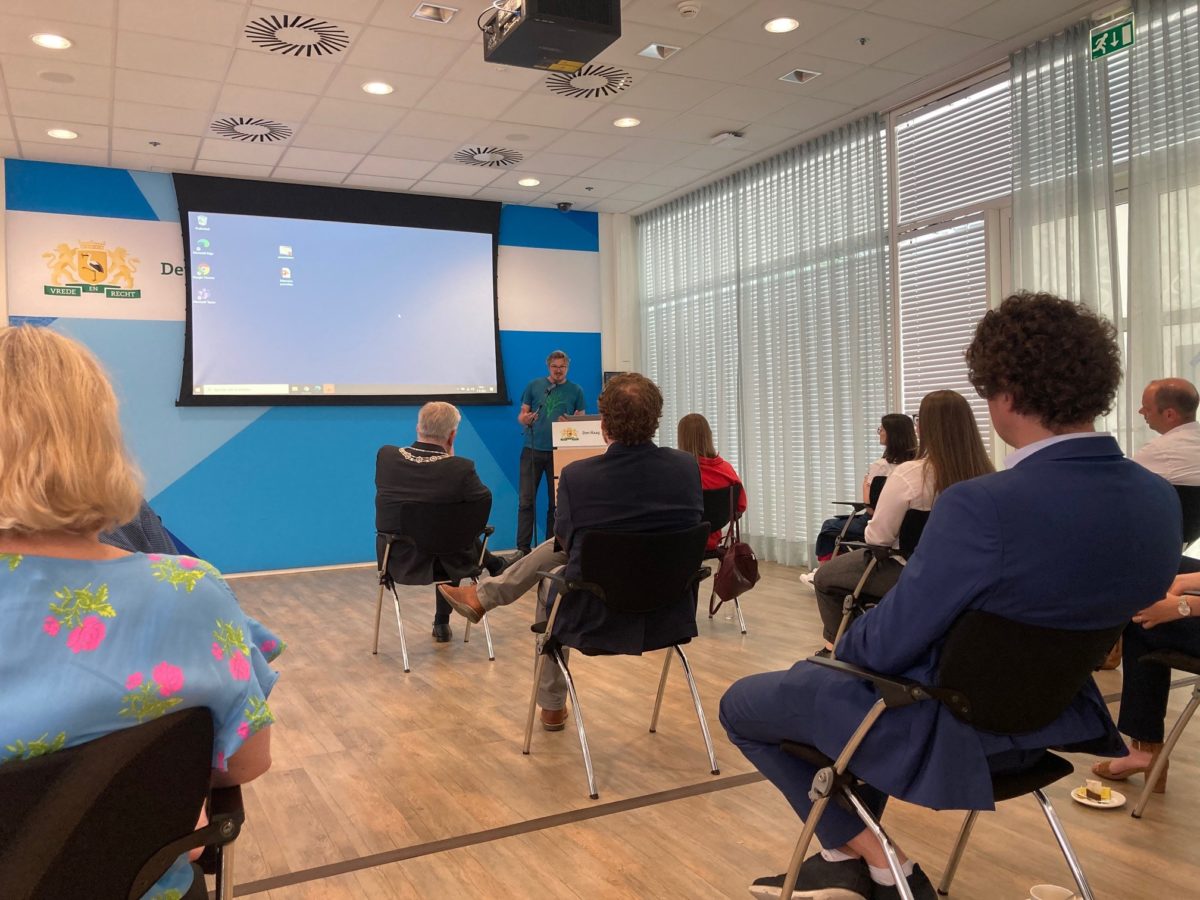 Arjen Kapteijns, the Chairman of GroenLinks in the council, delivering his speech at the meeting.

“Shelter City started in The Hague almost a decade ago on the initiative of D66 and GroenLinks. Since then, it has grown into a programme of great significance and one which The Hague should continue to be a part of,” said Arjen.

Also present at the meeting was our Director, Sebastiaan van der Zwaan, who emphasised the need for the continuous growth of this global movement. 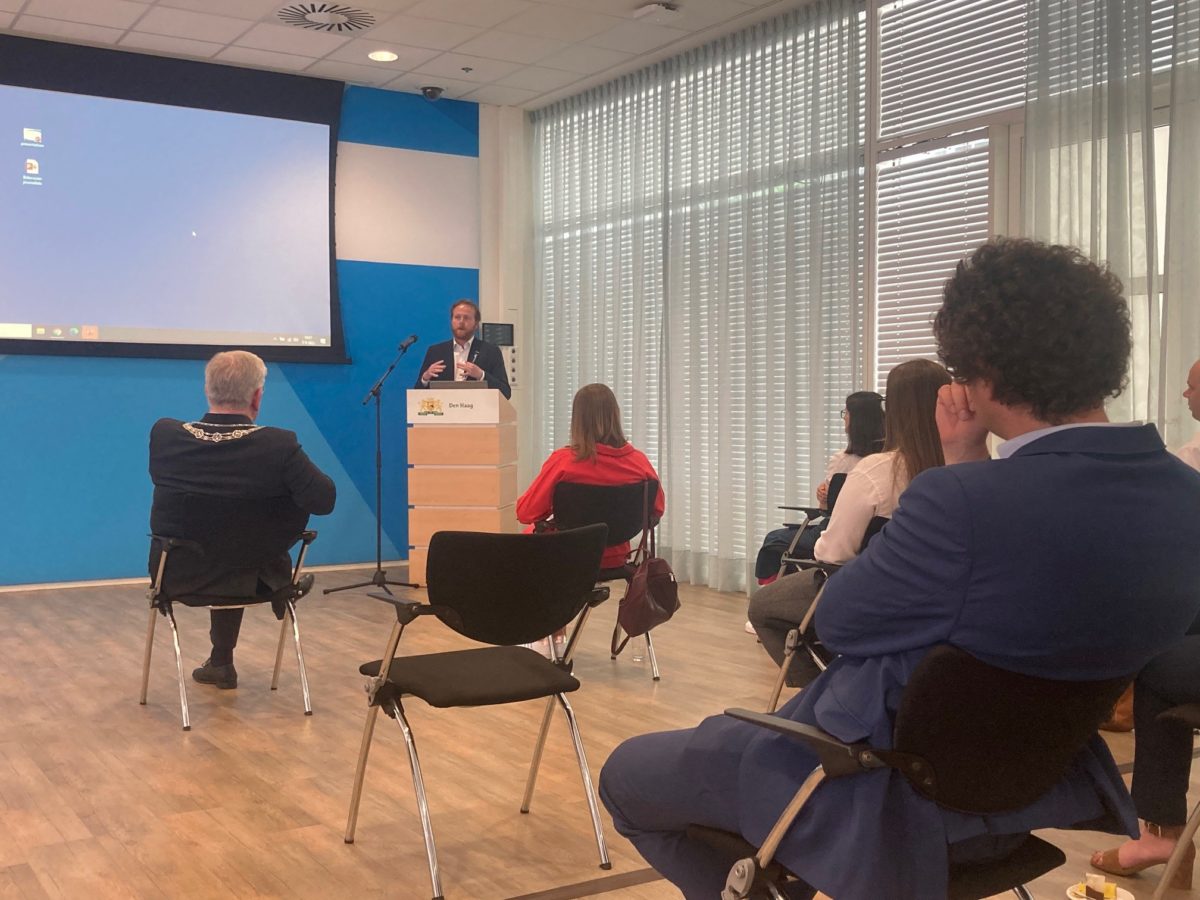 Our Director, Sebastiaan van der Zwaan, delivering his speech during the meeting.

“To date, over 300 human rights defenders have been hosted worldwide by Shelter Cities. It is important for defenders to know that there are people out there that support them and that there are safe spaces within which they can strengthen their capabilities. That’s why we need to exist in other countries such as Norway, Belgium and Germany. If anything, this period of the COVID-19 pandemic has allowed us to reflect on what is most important for humanity,” said Sebastiaan.

Shelter City demonstrates how cities can make an impactful contribution towards strengthening human rights and take a step in establishing a world where human rights are not only acknowledged but also respected.

We thank all those from the Municipality of The Hague that was involved in the meeting.

Find out how your city can be a part of this growing movement!

Mayor of The Hague, Mr. Jan van Zanen, delivering his speech at the meeting.