The Hague is taking action: Put on your best hat for Moria!

With a fun ‘Prinsjesdag’ (Prince’s Day) campaign, human rights organisation Justice and Peace is, together with passers-by, calling on the Dutch cabinet to take-in more refugees. They do this with the slogan “Put on your best hat for Moria” and striking Prince’s Day hats. The reason for the campaign is the dire situation in camp Moria on Lesbos, which worsened after several fires last week. The organisation asks the cabinet for urgent and sustainable action.

Programme coordinator for Migration & Human Rights Maaike Graaff: “A quick solution must be found for the thousands of homeless people at Camp Moria. This solution, however, should not be at the expense of the contribution of the Netherlands to the reception of vulnerable refugees worldwide.” In the longer term, Justice and Peace therefore wants the Dutch government to enable local authorities and communities to resettle refugees themselves. “We have a concrete plan ready that proved to work well in many other countries. The will and the support is there, now we just need the political support.”

In 2019, Justice and Peace initiated Samen Hier, a movement of small groups of people and organisations willing to offer refugees a place in their community and network. Currently, there are forty Samen Hier groups active in the Dutch cities of Haarlem, The Hague, Rotterdam and Almere. Samen Hier’s ambition is the become the first Dutch application of community sponsorship, a model that has already shown  in Canada, England and Germany how communities themselves can build a new social infrastructure that assists the government in welcoming and supporting refugees. Groups of citizens take an active role and the responsibility to facilitate safe passage and/or participation of refugees in their communities.

MAKE YOUR VOICE HEARD AND SIGN THE PETITIONS (IN DUTCH) BELOW! 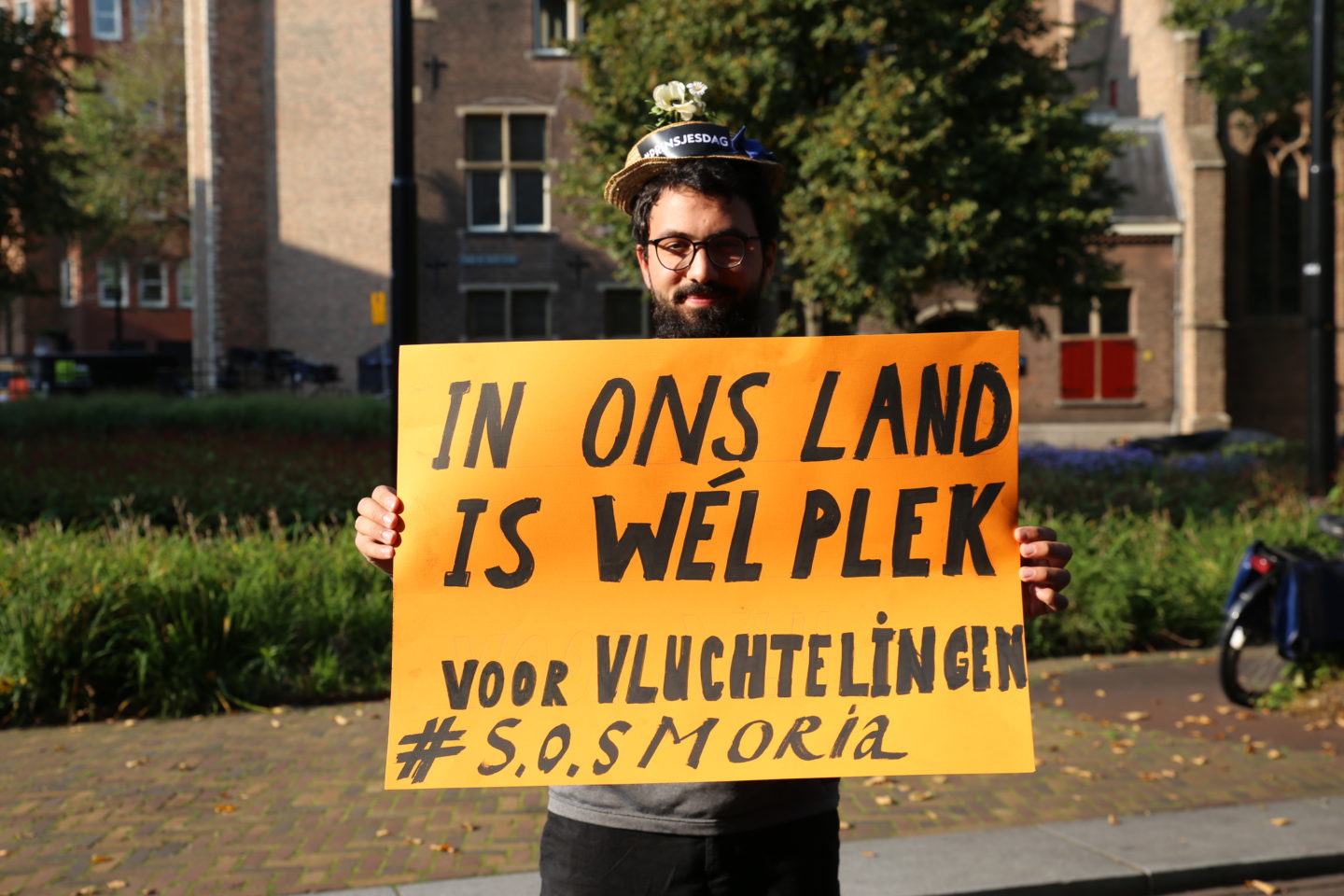