Fun fact: Many of the newcomers participating in Samen Hier originally are from Eritrea. It thus came to no surprise that many Welcome Groups liked to be informed about Eritrea and ways to bridge cultural differences. Together with our enthousiastic Cultural Ambassadors Saron and Kaleb, we organised a Samen Hier Community event for all Eritrean Samen Hier participants and their Welcome Groups.

In general, Dutch people have limited knowledge of Eritrea. As one of the youngest countries in the world – it has been founded less than thirty years ago – Eritrea hasn’t found it’s place in Dutch collective memory yet. On the other hand, it also takes time for Eritreans to get used to Dutch culture. If you’ve never owned a clock or an agenda, the Dutch culture of extensive planning and ‘Datumprikker’ could feel like you’re on a different planet.

Saron presented the program, which began with a short quiz during which people of Dutch and Eritrean descent were tested with questions about each other’s culture. The sociable tone was set: Everyone participated enthusiastically, hoping to secure the win and one of the available prizes.

The answers to the quiz were further clarified during the presentation that followed. People paid close attention to all the stories and facts being told about Eritrean history, culture, and identity. Did you know that Eritreans greet each other by giving up to six kisses on the cheeks? Or that “Ciao” is used in the Tigrinya language because it’s territories used to be part of an Italian colony?

With their enthusiasm and honest way of speaking, Saron and Kaleb created a relaxed and intimate atmosphere, in which people felt comfortable speaking openly about their experiences with Samen Hier. Positive stories, but also the difficulties people came across were shared.

“If you’re from another cultural background, it can be very difficult to understand each other. For example, I usually prepare food whenever Dutch Welcome Group members visit me. However, more often than not, they don’t want to eat anything. It makes me wonder what I’m doing wrong.” an Eritrean participant told us.

Many Dutch participants confirm this: “Every single time we visit, there is food on the table!” one of them said.

“This is a known cultural difference.”, Kaleb told us, “In Eritrea, it’s considered hospitable to prepare a meal whenever you’re expecting visitors. Denying food from your host is considered disrespectful. A tip for Dutch people: Whenever you’re being offered food and you’re not hungry, just take a little bit. Or, if you really don’t want to eat, explain that you mean no offense. A tip for Eritrean people: Know that Dutch people mean no offense whenever they refuse to eat the food you offer them. Most of them are unaware that this is considered disrespectful.”

Another reoccurring question: Participants often struggle to estimate whether their matches like to meet up as often as they do. This is a common issue, strengthened by the differences between Dutch straightforwardness and Eritrean shyness, popularly known as ‘KelAlem’ (you can read more about Eritrean culture in this Dutch interview with Cultural Ambassador Kaleb). While Dutch people often take the initiative, Eritreans stay quiet most of the time. As a result, groups sometimes start to doubt themselves.

However, the more experienced Welcome Groups (of which some have been matched for over six months already!), gave reassuring advice: By being patient, open, and unafraid to take the initiative, an increasingly strong bond will develop naturally.

Through an exhibition with traditional Eritrean clothing, a demonstration of the Eritrean coffee ritual, and a Tigrinya writing workshop given by all Eritrean participants, the Dutch participants learned even more about Eritrean culture. The relaxed and intimate atmosphere became even stronger during the end of the event. The afternoon was concluded with a traditional Eritrean dance in which everyone participated, followed by a delicious Eritrean meal.

The Eritrean afternoon was the perfect opportunity for the Samen Hier community to share their experiences and tips with each other. After all, they are all part of this new and unique initiative. Feedback and experiences from our community are an essential part of the success of Samen Hier: Our participants truely make a difference!

Together with the music, dance, and food,  the exchange of experiences and tips contributed to a better mutual understanding of Dutch and Eritrean culture. The most valuable lesson according to the community? Listening and trusting each other is key, the rest will follow naturally. 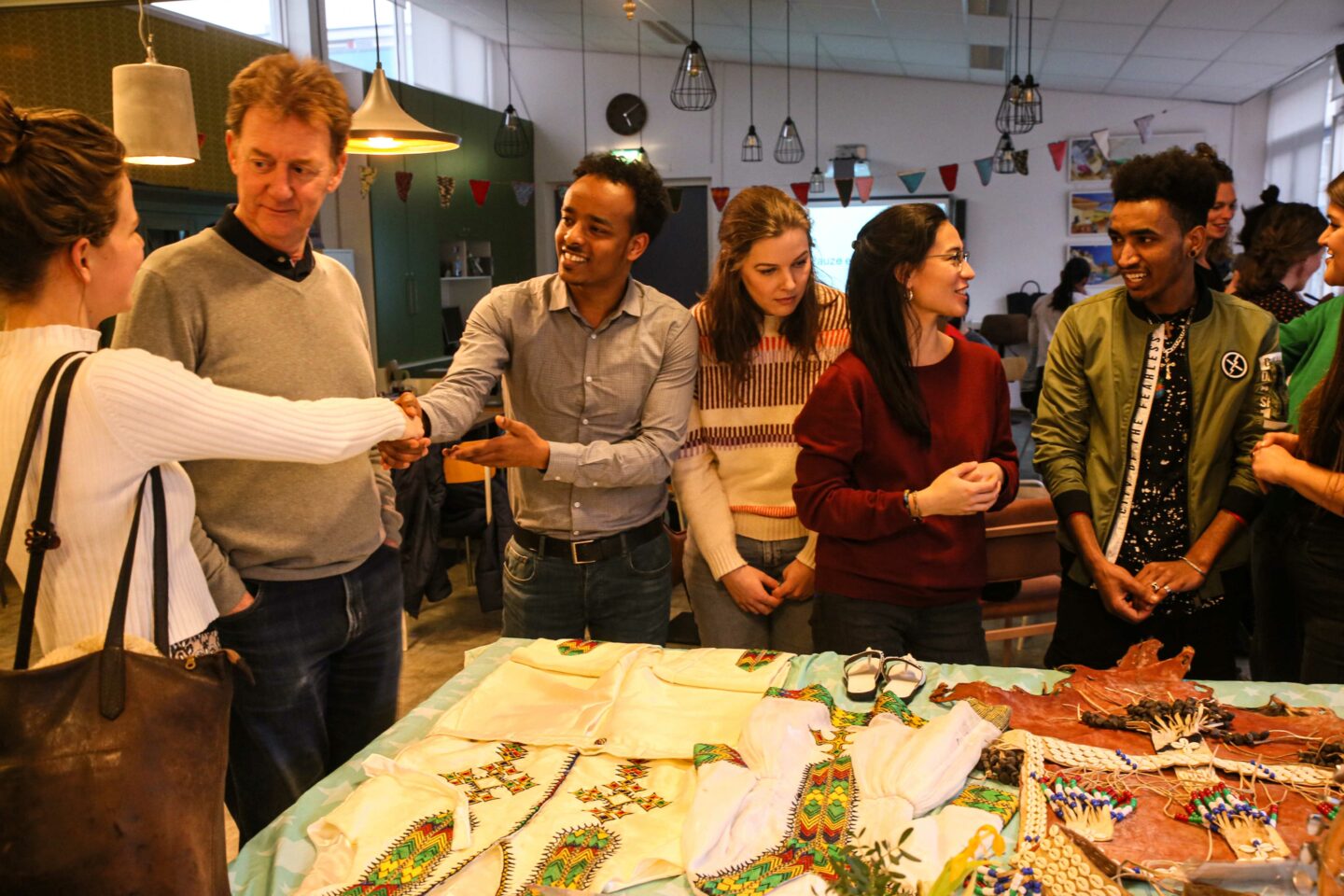 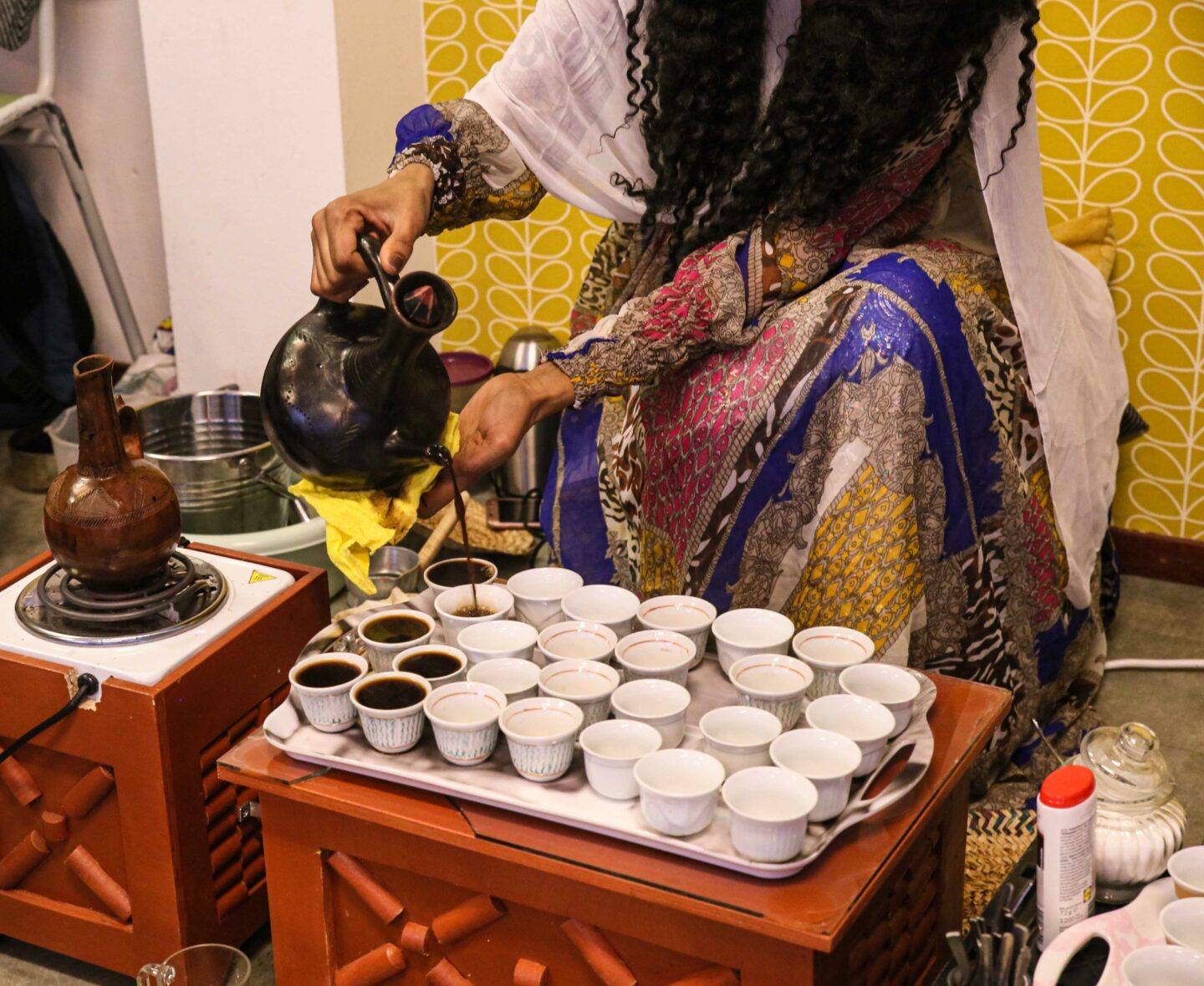 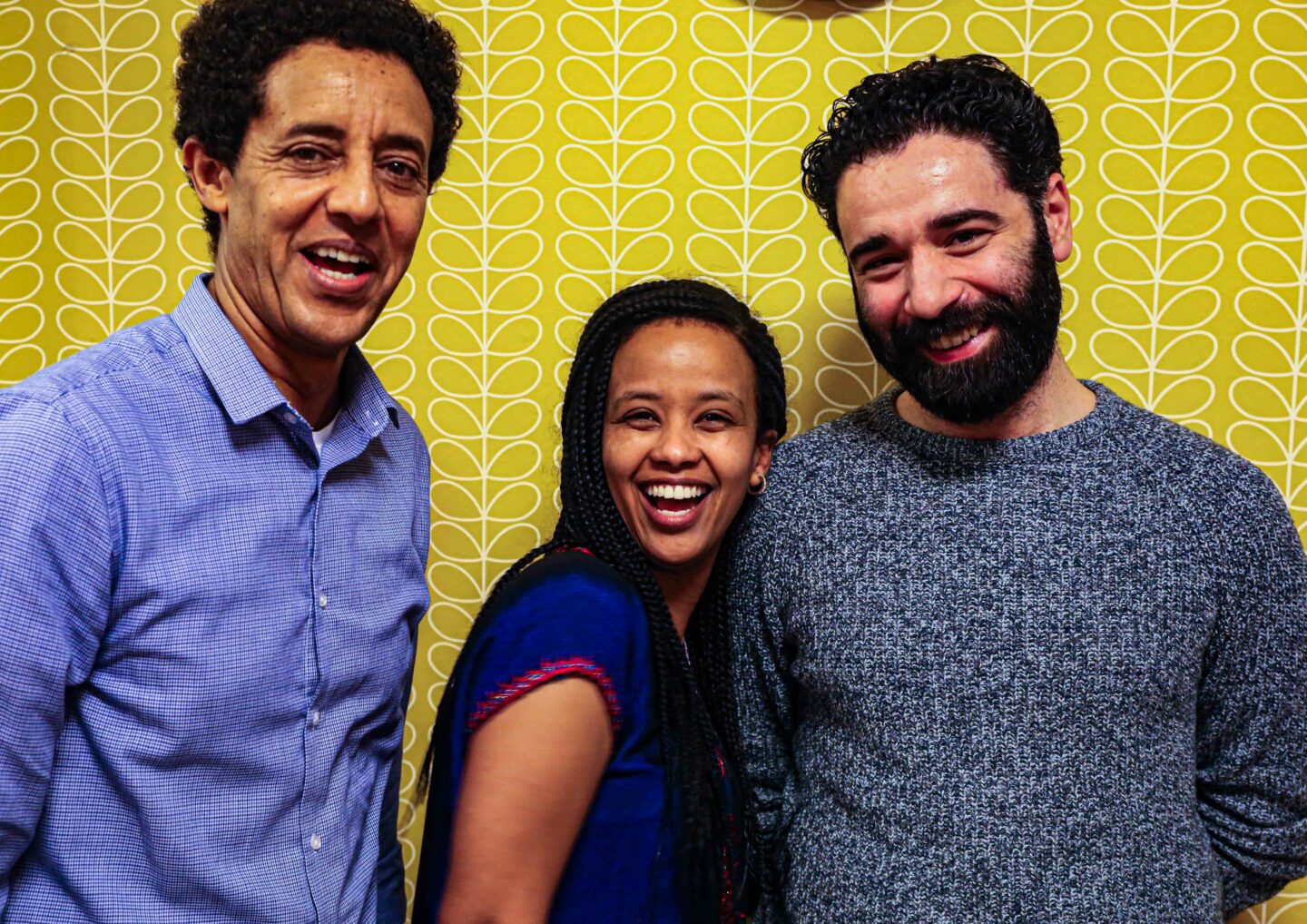