Nataliia, a journalist in service of human rights

Nataliia Donskova doesn’t see herself as a human rights activist. And yet, as an investigative journalist for the online platform Equality, Dignity, Pride, her goal is to improve the quality of the platform’s reporting on the plight of minorities in Russia by ‘gathering, checking and analysing information that could help to provide changes that would improve the situation for vulnerable and invisible groups in the future.’

She is currently working on two major projects. One is research on people with HIV who also have another minority experience, such as having spent time in a Russian penal institution, or being a member of the LGBTQ+ community, or a being migrant. The second project looks into the pressures faced by activists in various regions in Russia.

And like many human rights defenders in Russia, she faces severe constraints in doing her job.

As an openly homosexual woman, Nataliia knows first-hand about the pressures faced by women in a patriarchal society, by homosexuals in a conservative society, and by activists in a hierarchical society.

She came out to her family over a decade ago. It was received as a tragedy because of the stigma attached to not leading a normal life. The risks behind her decision to be open about her sexuality affects everyone in her family.

‘I had to inform my parents that the police could come to our place to put listening devices in our home. My father is sure that I’m a criminal because he thinks the police can’t come into citizens’ homes that aren’t criminals. He is really worried about me.’

A small detail in a great mechanism

In 2013, President Putin signed the ‘gay propaganda law’ designed to protect children from information that denies ‘traditional family values’. The law effectively makes it illegal to expose minors to any information on homosexuality or other sexual orientations: a post on social media, a flag flying from a window, or a hand-written sign held up on the street can be deemed criminal acts. ‘It’s all very unpredictable,’ Nataliia says.

It’s a law that reflects conservative sentiments of many ordinary Russians and political rhetoric that defends ‘traditional values’. Why is it so prevalent?

‘I’m not an expert, but in my opinion, this is a question about power and control… [Human rights activism] is a sign that society could be independent and could have the strength to struggle against violations. Russia is a patriarchal country and in all spheres of our society there is a really strong hierarchy. One person is the boss and others don’t have any rights, and don’t have voices. This hierarchy is included in all our lives, in family, in schools, in government, in the relationship between government and citizens. To create change is really difficult because people see themselves as a part of this structure, as a small detail in a great mechanism.’

Nataliia speaking at the Dignity Fest 2020 in Petrozavodsk, Russia. Photo by Alya Grach.

Online and physical threats from homophobic or traditionalist groups is on the rise.

‘When I post results of my work on the internet, I received a lot of bad words and sometimes threats.’

Many of her colleagues and friends left Russia because of the increasing pressures against LGBTQ+ activists. And not just because of the risk to their personal safety, but also since there are no anti-discrimination laws in the country, many members of minority communities are locked out of good jobs, housing, and education opportunities.

“[Human rights activism] is a sign that society could be independent and could have the strength to struggle against violations.”

The threats and aggression are stressful. Hours of discussion go into mutual support and risk mitigation. Nataliia and her colleagues have made formal complaints to the police. But for Natalia, what is worse than the threats she faces herself are the stories she hears about others.

‘I have a lot of friends among the LGBTQ+ community. I hear about threats, about harassment, about crimes against LGBTQ+ people, and of course it makes me sad because sometimes I can’t help them deal with this.’

Worryingly, the pandemic has made finding and recording these stories much more difficult.

‘Not all participants of our investigations can speak safely in an interview. For example, someone who has HIV+ status and who lives with his parents can’t speak openly online. A migrant who lives with other migrants can’t speak loudly about his HIV status. Sometimes it is a really great problem to arrange interviews with them.’

One step at a time

In the final months of 2020, and despite COVID-19 restrictions, Nataliia spent three months in the Netherlands as part of Justice and Peace’s Shelter City initiative. The project was a welcome break from the strain of her daily life. It has allowed her to reflect on the challenges of her work, recharge her batteries and rebuild the strength to keep going.

‘Sometimes it is really difficult,’ she explains. ‘And so I don’t think of my work in terms of passion or, I don’t know, inspiration. I think of my work as steps or stages, or work results, deadlines, plans…’

Nataliia has big hopes: that the law of propaganda will be annulled; that anti-discrimination laws will be made; that the stigma of LBGTQ+ community and other vulnerable groups of people will be eradicated.

When the going gets really tough, it is the personal connections to colleagues and friends that keep her going. ‘They are really proud of me and I really appreciate that.’ Because in the end, it is the desire to make a difference in people’s lives that keeps her going. She has big hopes: that the law of propaganda will be annulled; that anti-discrimination laws will be made; that the stigma of LBGTQ+ community and other vulnerable groups of people will be eradicated.

‘I do what I am able to do for my community, for my life, and for the future. Though it is really difficult to [effect] change today, we have to make first steps to do it.’ 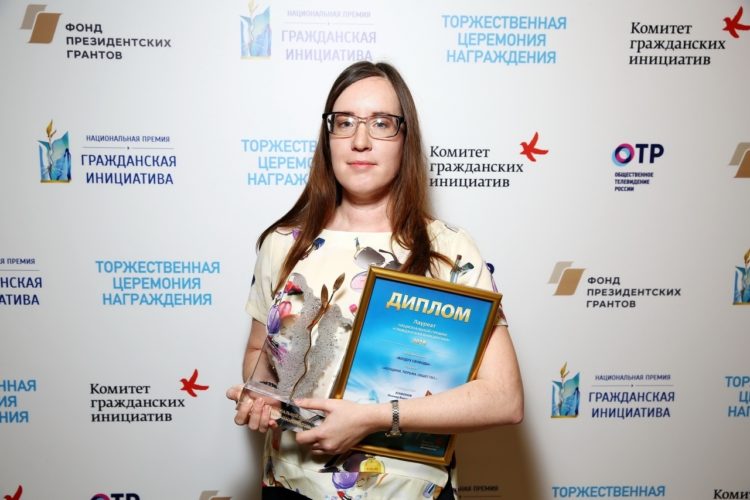 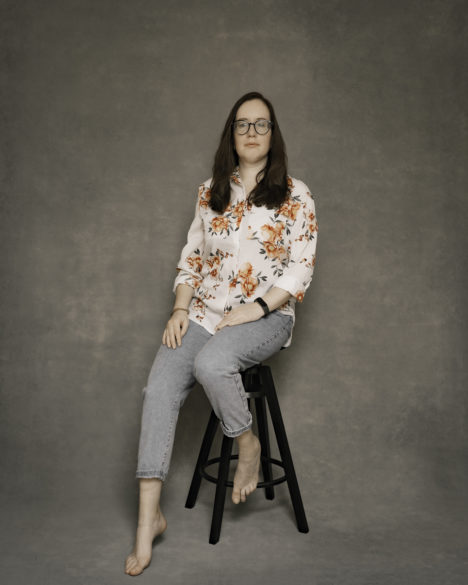 As a Russian investigative journalist, Nataliia Donskova documents human rights violations and the plight of minorities such as the LGBTQ+ community, migrants, and people living with HIV. Nataliia was a guest in Shelter City, and stayed for three months in Shelter City Nijmegen where she could network with local allies and recharge.

This story is in honour of the important work of women human rights defenders, in light of Women’s Day. Nataliia’s story also highlights the rights of minorities and the LGBTQ+ community in Russia, as well as the importance of journalists and the challenges journalists face. We thank Nataliia for allowing us to share her story, and for her contribution to a more just world. This story was made possible thanks to the kind support of the Nationale Postcode Loterij and its participants, and the Dutch Ministry of Foreign Affairs.