Myron Hamming, empowers youths to dream through the love for language

On December 10 2020, Myron Hamming won third prize at the Martin Luther King Spoken Word competition, organised by Justice & Peace as part of the yearly Martin Luther King Lecture. A little over a month later, it was announced that this young and inspiring change maker would become the tenth Poet laureate of the city of Groningen. This position gives him a platform from which to engage a large audience about achieving a truly inclusive society, especially for those people and youths who feel unseen and unheard.

“I favour the personal connection, the story that inspires. It is not about me.”

With the spoken word in his mind and heart Myron Hamming travels through the country. He moves audiences with the poetry he entrusts to them. From his pen onto paper, from his lips like music; his love for language sounds through in every sentence and every gesture. How did this happen for the young Poet laureate of Groningen, a city which has participated in the Shelter City initiative since 2016? And what does he hope to achieve, working with young people in youth care and drug treatment centres? This is a change maker story about an ambitious sentimentalist, connector of people and self-proclaimed ‘performing poet’.

In January, the final announcement arrived: For the coming two years, Myron Hamming (26) will be the new Poet laureate of Groningen. It was a dream come true. A wave of attention and publicity washed over him. Since then, the proud Groninger has been highly sought after and is often asked to exhibit his spoken word artistry. For example, he was asked by Dutch broadcaster BNNVARA to appear on the radio show Spijkers met Koppen (‘Nails with heads’), where he performed a column. Myron chose to focus on the youths who were involved in a deadly stabbing last year at the Scheveningen Pier. Without excusing the violence, he called for “understanding of the ignorance which screams out for help.”

For several years now Myron has been seeking to connect with youths. His highest ambition is to lower the barriers of entry and increase accessibility to language there where the need is greatest: in youth care and drug treatment centres and in rebound education. Earlier this year Myron, himself dyslectic, taught a workshop to youths with language disorders. He spoke with them about poetry and how it boils down to writing about what’s on your mind. About the life that you have, know and aspire to. And that language is not something that you must do but something you can do. “All young people have a dream”, is the sincere belief of Myron, who was born and raised in Groningen. “For someone in the conventional education system the road towards the dream is often less bumpy. That is why I focus on groups who could use just a bit more support in order to get their dream in their sights. For example, by writing it down on paper and expressing it.”

Myron aims to fill his Poet laureateship with activities in the many schools, neighbourhoods and villages of Groningen. He is worried about the increasing rates of functional illiteracy and decreasing skills in reading among youths. For him, spoken word is a way to reach them and to reverse the dusty image that clings to language and poetry. The wind is blowing in his direction, as this expressive form of poetry is gaining in popularity worldwide, including in the Netherlands. It is moving such that Myron’s calendar is filled to the brim. “Everything is new and sometimes hard, but this is my dream. Writing poetry opened a new world for me which I want to explore to the fullest.” 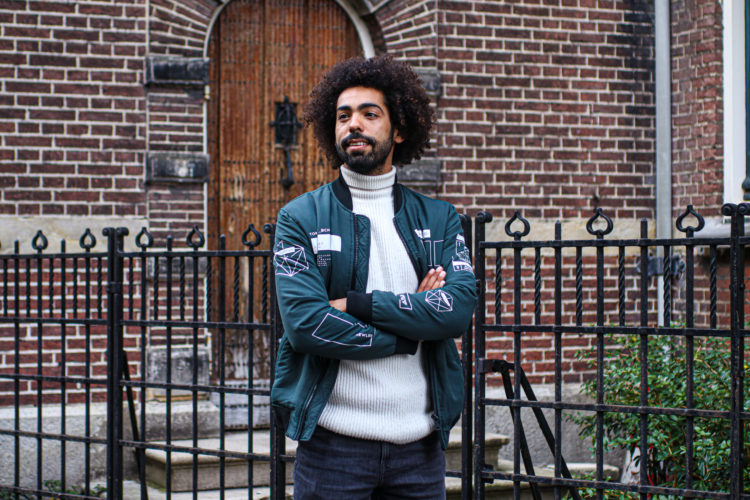 Grabs by the throat

Myron’s ‘old’ life was focused almost entirely on ice skating. He participated at a very high level, in a professional development squad. The highly competitive poet also made use of this elite sports mentality when he started out as an artist. He wanted to compete with the best in the Dutch spoken word scene. As such, he regularly took the train from the far north of the Netherlands all the way to Amsterdam and Rotterdam where competition was strongest. But before he made the definitive switch, Myron gave himself a year to think about his future. He spent a part of that year in a monastery in Nepal, in silence.

“I focus on groups who could use just a bit more support in order to get their dreams in their sights. For example, by writing it down on paper and expressing it”

A book by his favourite poet, Willem Wilmink, who passed away in 2003, accompanied him on the journey. “I wish I had the same trains of thought he had,” Myron says wistfully. When he read Wilmink’s poem ‘Achterlangs’ (‘From behind’) for the first time, his eyes welled up with tears. “I immediately knew: an art form which can grab you by the throat from nothing, that fits me well”. And as an added bonus, the short sentences and down-to-earth style of Wilmink made it possible for the dyslectic Myron to recite his works out loud and get a feel for the shapes and sounds of the words.

The rest is recent history. End of last year, Myron participated in a special spoken word competition, as part of the Martin Luther King Lecture, co-organised by Justice & Peace. “To here. To more than enough” – with those words he started his . “My subject was the personal struggle of a person of colour who still experiences racism. What keeps them awake at night, when they have such things on their plate?” The poet from Groningen draws attention to the issue, is bewildered by it, but does not choose to make the statement. He favours the call for dialogue. “In that way, I can have a much greater positive impact on the people I have in mind: young people who feel unheard and misunderstood. Youths who pull a kitchen knife from their mom’s drawer.”

Myron’s ambitions do not always align with expectations. When Black Lives Matter became a worldwide movement, eyes were pointed in his direction as well. He received many invitations to speak at protest events. One time he accepted, and not much later he was standing behind a microphone on the Grote Markt Square in Groningen to speak out against Pegida. Not too long after, this far right political movement would come to Groningen as well. He appreciated the experience, but soon realised: this is not my way. “That is not to say that I don’t think the issues are urgent, but you have to stand there with your strongest convictions and endure all the eyes that are aimed at you. I prefer the personal connection, for the story that inspires. It is not about me.” 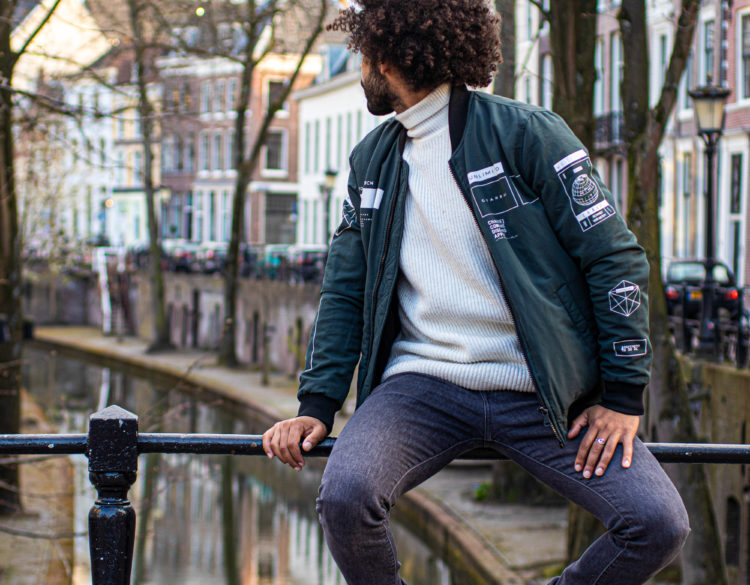 It is an attitude fitting to the city he calls home, Groningen. With its constant down-to-earthness, Shelter City Groningen is a city that is welcoming and inclusive, Myron believes. His favourite stanza from the first poem he performed as a Poet laureate, ‘Vergeet mij niet’ (‘Don’t forget me’), says it all:

His love for Groningen was also apparent on May 5th, when he spoke as one of the Groninger Ambassadors for Freedom. Yet another platform to inspire people to dream. Another opportunity to bring people together through the artistry of his words.

Myron: “I have an awesome life. That is because I always stay true to myself. I keep it simple, I intend to move you. I am not a traditional poet, but a performing poet.”