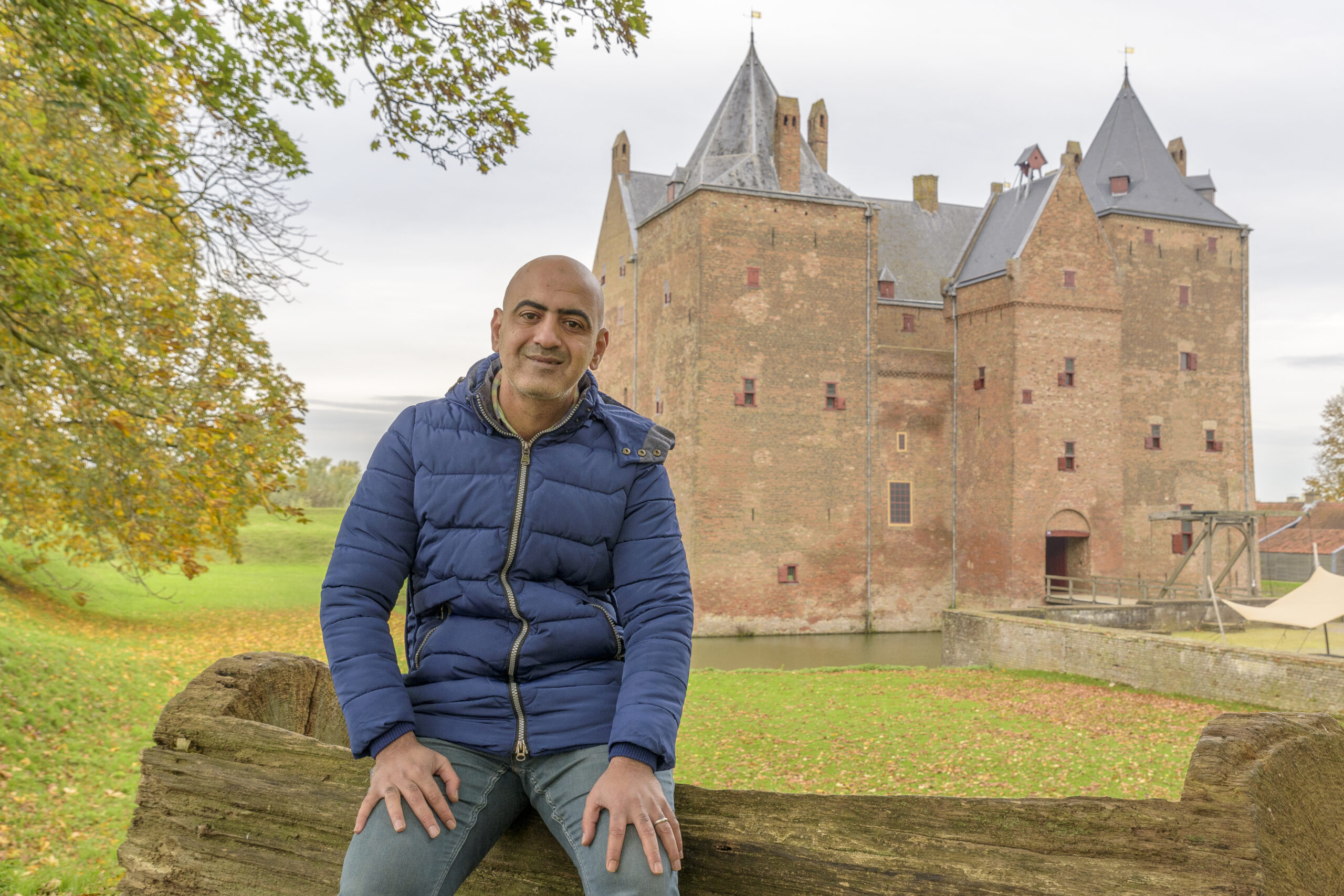 Mohammed, dreaming of a better future in Gaza

Mohammed is himself a human rights defender. He is Palestinian, from Gaza, and works for an Israeli organisation that fights to ensure the right to freedom of movement for people in Gaza. His life is, in one word, complicated. 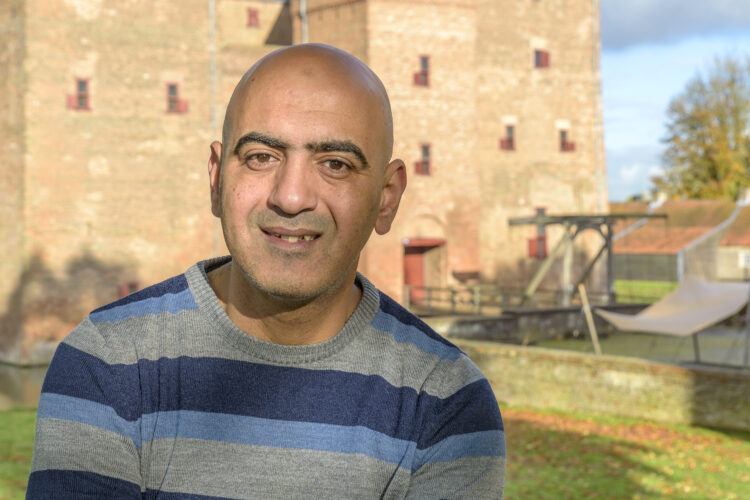 Since the 1967 occupation of the West Bank and Gaza strip, the Israeli military controls the movement of the Palestinians in and out of the territory. The blockade has left the vast majority of Gaza’s residents dependent on humanitarian aid to survive. Directly or indirectly, the lack of freedom of movement impacts every aspect of life, including basics such as the supply of water and essential services like health and sanitation.

By the time Mohammed finished high school in 2000, the second intifada had broken out. The first and second intifadas are popular uprisings of Palestinians in the West Bank and Gaza Strip aimed at ending Israel’s occupation. The first was from 1987 to 1993, the second from 2000 to around 2005. Mohammed’s older brother was already studying medicine, and his father’s work as a contractor was impacted: he could no longer cover the costs of two children in university.

So, Mohammed did a diploma in mechanics and electricity for a year, then a two-year programme in ambulance services while also studying English. In 2004, he succeeded in obtaining a highly sought-after scholarship to study occupational therapy at Bethlehem University in the West Bank. But as a Palestinian, he needed to apply for a permit to travel out of Gaza. His request was taken all the way to the Israeli High Court, and was denied. Like other students, Mohammed relied on the ability of foreign teachers to travel into Gaza to give classes. By the time he graduated four years later, he had not once been to the campus.

His story is an example of the resilience he admires in the people of Gaza. ‘It’s a challenge to overcome the daily problems, day after day. You face water cuts, you find a solution. You don’t have a laptop, you find a solution’. He became increasingly aware of the fact that freedom of movement is the foundation that other rights are based on. 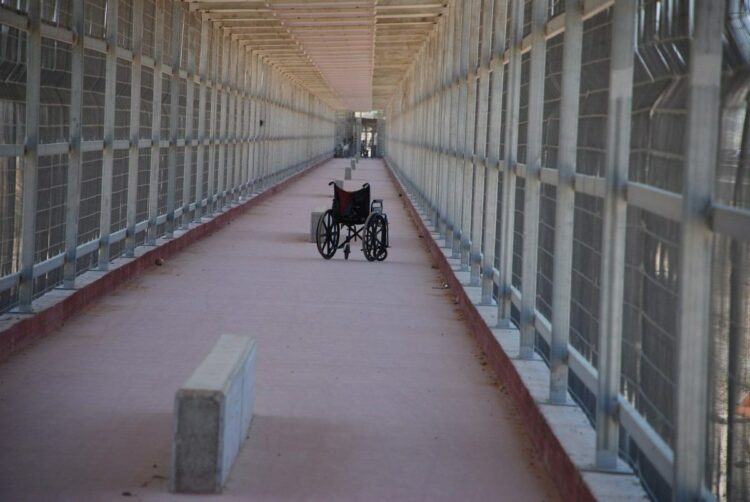 The Erez crossing: land crossing for the movement of people out of the Gaza Strip to Israel and the West Bank.

During his studies, Mohammed had been spokesman for the students who had applied for travel permission to the West Bank. Their case had been supported by Gisha, the leading Israeli human rights group that promotes the right to freedom of movement for Palestinians in Gaza. In late 2010, he learned that Gisha was looking for a local researcher. He applied, and though competition was stiff, he was hired.

As field coordinator, his job is to research and record the real impact of border restrictions on people’s daily lives. His reports contain the voice of ordinary Gaza residents that are otherwise not heard. ‘I believe that the people [in foreign countries] would stand with us when they understand that we are not atrocious people, or something. We are normal people who want a peaceful life. ’

‘I know it, I suffer from the blockade, from the lack of freedom of movement itself. I know how it affects the people. So, I try to bring a better future, especially for the children’

The data he provides enables Gisha’s lawyers to support individual travel applications out of Gaza in accordance with both Israeli and international law. ‘I know it, I suffer from the blockade, from the lack of freedom of movement itself. I know how it affects the people. So, I try to bring a better future, especially for the children’, his own and all of Gaza’s young people who have a right to a peaceful life.

The work he does is extremely challenging. Since 2007, Hamas has prohibited all the relations between Palestinians and Israelis. Mohammed has been arrested and jailed by Hamas, twice. Often, he is distrusted even by the people he is trying to help. His participation in Shelter City was delayed twice due to the COVID-19 pandemic and a flair up of hostilities between Gaza and Israel in 2021. 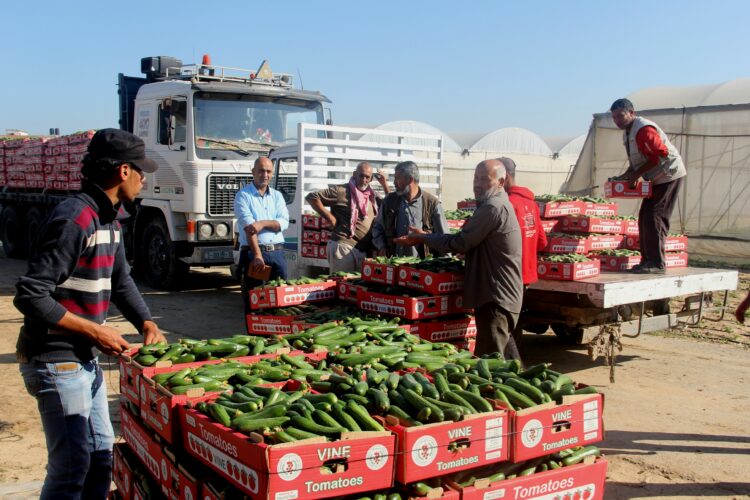 Mohammed in Gaza meeting cucumber traders who need to travel to the West Bank.

During his time in Shelter City, Mohammed met other human rights defenders from around the world. ‘When I came here, I thought I was the most discriminated one, but oh my God! I saw how committed people are to achieve their goals.’

The inspiration he got from these colleagues, the positive reaction he received from the many students, rights communities, and the new friends he made all helped Mohammed gain a sense of perspective on his.

He goes back knowing the risks but also looking forward to being home. ‘It’s not just about the bad things. There are a lot of beautiful things also in Gaza. I’ll go back to my people, to my friends, to my beach, my food, my bed, to my children.’

For Mohammed, being a human rights defender isn’t a job, it’s his life’s goal. ‘It will not matter for myself, if I’m injured, if I go to prison, if I’m killed… It doesn’t mean that I’m not afraid. I’m still afraid, you know, I’m human. Maybe it will affect my children, if it’s not physically then it will be emotionally. But I can see that they are proud of me. They know why I do it, and that their father will do this type of work for life.’ 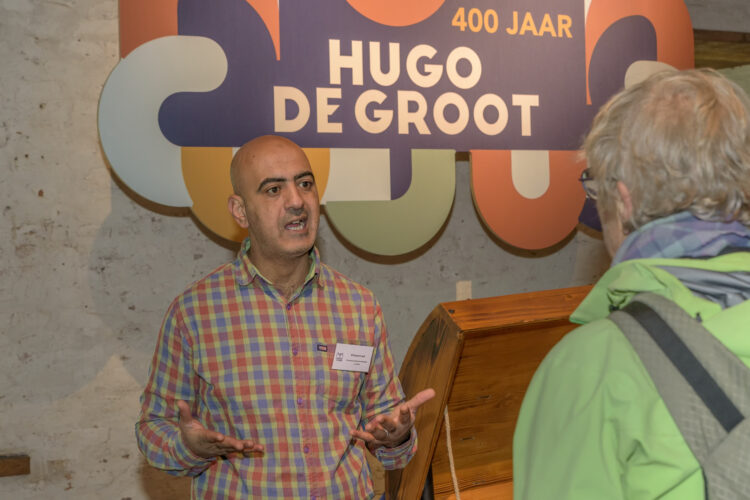 Your chance to make a change

The work of  Mohammed is vital in raising global awareness on the human rights situation in the Gaza strip, advocate for international solidarity with Palestinians and hold the Israeli government accountable.

At Justice & Peace we support human rights defenders such as Mohammed, who fight for local change, human rights and freedoms. While staying in Shelter City, Mohammed had the opportunity to rest, engage with local organisations, raise awareness on the human rights situation in Palestine and experience freedom of movement in the Netherlands.

You can also contribute to support human rights defenders. Donate at the link below!