Julia, researches student community sponsorship out of passion and responsibility

What prompts someone to become a volunteer at an NGO or a civil society organisation? Why does someone choose to commit themselves to a social cause such as migration and human rights? And is this even a choice? For twenty-year-old Julia from Maastricht, it is not. She feels privileged for the opportunities she received because she was born, raised and able to study in the Netherlands. She sees it as her moral responsibility to care not only for herself but also for others and to make the world a little bit better. As part of her study, she researched, together with two other students, the implementation of the community sponsorship model for students in the Netherlands with a refugee background. After her internship at Justice & Peace, she decided to stay as a volunteer.

“In this way, migration also becomes a source of positive emotions.”

Julia has felt socially responsible throughout her life. So it was only natural for her to study Liberal Arts & Sciences, a broad programme that aims to turn students into global citizens. During her second year, she followed a course on migration and human rights. It opened her eyes to this controversial topic: “In that course, I discovered how badly migration is arranged and how many people are harmed as a result.” She continues, “Exactly at the same time, Justice & Peace asked the research question on how to improve it.” The timing was perfect. Through her study, she could do an internship at a social organisation, and she chose to work at Justice & Peace. Julia looked into a safe and humane way of migration for students with a refugee background: the community sponsorship model.

Community sponsorship is an alternative model for the reception and integration of refugees. Instead of having to undertake a dangerous journey to come to the Netherlands, sponsorship works based on invitation. Together with local and national governments, a group of residents supports a newcomer with a refugee background for one year. This approach has seen successful outcomes worldwide. Justice & Peace was the first to implement the community sponsorship model in the Netherlands, for resettled refugees in Rotterdam. Julia´s research focused on whether this model can also be implemented for students with a refugee background. On one hand, they investigated the opportunities and willingness of educational institutes and student communities in the Netherlands to support these young people and offer them a place to study. On the other hand, they tried to generate interest for the new student community sponsorship initiative of Justice & Peace. 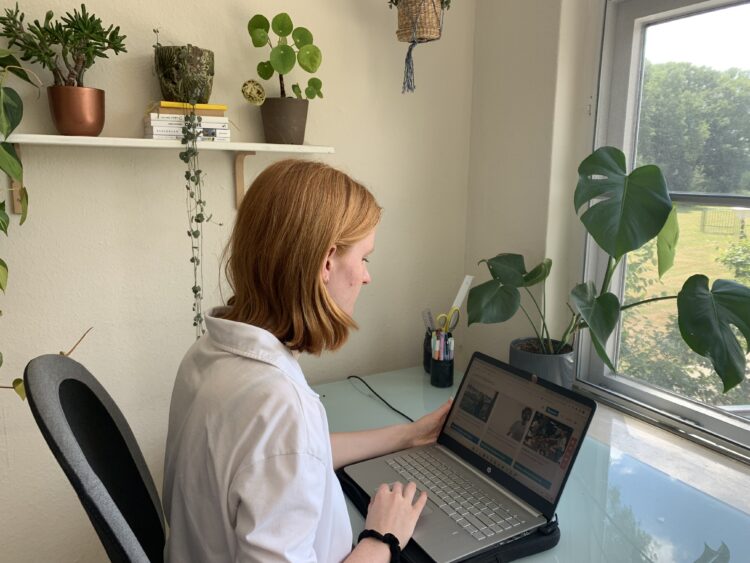 It was relatively easy to find students who were motivated and interested in joining the community sponsorship initiative. In general, individuals are easier to convince than organisations. “A student only makes a commitment for themselves. That is a quick decision to make. If I agree to do it, I do it.” A much bigger challenge was to reach out to and convince educational institutions. This was the main focus at the beginning of the project. Julia and her peers sent countless emails to information desks, professors and even headmasters. “You should not underestimate the number of emails we sent.” Sometimes they did not receive a response. However, due to their perseverance and Justice & Peace’s help, the students managed to interview various educational institutes, organisations and students with refugee backgrounds.

The dual purpose of the interviews, namely informing and convincing, resulted in an interesting interviewing technique. They soon realised that they had to be flexible by adjusting to the perspective of the other party. “Some became enthusiastic about the ideological principles behind the project whilst others had to visualize it and focused on the practical implementation.” The project contributes to many European goals and the United Nations’ Sustainable Development Goals. The condition for success proved to be finding at least one person in an organization who endorses the project. “You need someone who fully supports the goal and wants to make an effort to get the ball rolling.”

“Some were enthusiastic about the ideological principles behind the project whilst others had to visualise it and focused on the practical implementation.”

And they got the ball rolling. The students found out that there is a willingness among educational institutes to receive and support students with a refugee background. How the student sponsorship is precisely shaped depends on official conditions, such as visa requirements, and can differ per organisation. “We did a lot of research into visas and the opportunities for students with a refugee background to come to the Netherlands,” says Julia. They looked into student visas and other documents, and the visa conditions. “Based on this information, the UNHCR (UN’s refugee agency) can select people who are eligible for the project.”

Julia can even apply this knowledge about official documents in her personal life. “There are a lot of international students in Maastricht, so they sometimes have questions about a student visa. I can help them too.” Apart from official requirements, language and academic culture are important factors to take into account. Examples of other countries where student sponsorship has been implemented show that the language barrier is often the reason why people do not finish their studies. “Even if you pass all English language tests, it still proves to be a barrier because the way of communicating is different.” Moreover, the academic culture can be different from their home country. ”In the Netherlands, we are used to discussing and talking about issues. In some countries where student refugees are from, it is much more important to listen respectfully, behave politely and remember diligently. It is a completely different way of learning and communicating.”

This research led to some concrete insights for Justice & Peace to implement in the first pilot of student sponsorship in the Netherlands. That is why Julia decided to keep volunteering. “It was partly because I endorse Justice & Peace’s mission and my interest in the project,” she explains. “I want to see where the project goes and support wherever I can.” 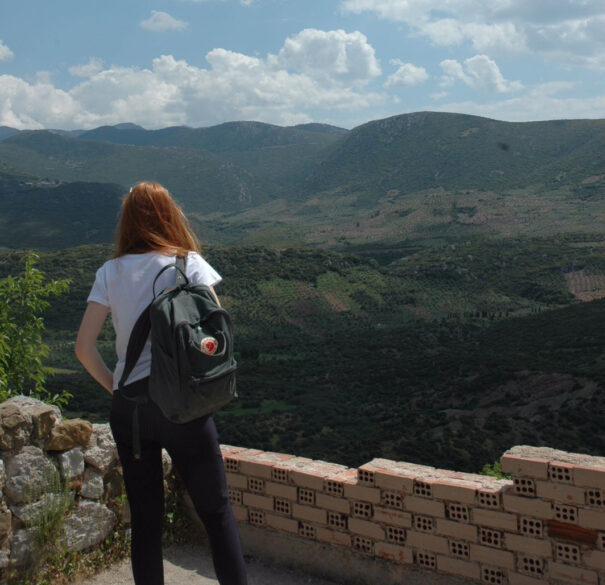 Balancing the individual and big numbers

Student sponsorship is just one solution to the much bigger social cause of migration. But Julia is convinced of the value of this approach. “Sometimes I see statements in the media such as: we should close all borders. And I know, from theory and practice, that this never works,” she explains. “There can be many reasons why someone decides to migrate and there is a lot of human suffering involved. It is also a topic that does not go away, migration remains relevant.” That is why it is especially important to find a humane way to deal with it. Community sponsorship is one of those ways. The local population welcomes a newcomer and feels a personal connection. A newcomer immediately feels welcomed and at home. “In this way, migration also becomes a source of positive emotions.”

“Sometimes I see statements in the media such as: we should close all borders. And I know, from theory and practice, that this never works.”

For Julia, migration became one of her passions. It is an interdisciplinary field and the perfect combination of different perspectives. “You can look into an individual’s experience of their journey but also to big numbers and the impact worldwide.” Julia is constantly looking for a balance. “I am a person who easily thinks on an abstract level. But when you talk to an individual, it completely brings you back to yourself and your own experience.” It is important for her to keep communicating and see the impact of the project. An interview with a student with a refugee background from Amsterdam reinforced her commitment to volunteering. “This is very motivating although the numbers can make you rather cynical.”

“This is very motivating although the numbers can make you rather cynical.”

Julia is excited and hopes that the first students with refugee backgrounds will be welcomed in the Netherlands through the Samen Hier initiative soon. Ultimately, she would like to work at an NGO such as Justice & Peace or the UNHCR in Geneva. Not to be confused with Geneva in Upstate New York, where she will study abroad for one semester to deepen and enrich her knowledge of migration and Afro-American history. Lastly, she advises anyone who wants to contribute to or volunteer with Samen Hier: “Do not only focus on your own benefits and what you can get out of it. With your effort, you can bring joy and happiness to someone else.

Do you also want to contribute to new opportunities for people and students with a refugee background? Become a volunteer or intern at Justice & Peace or get involved with the Samen Hier student community sponsorship initiative as an educational institution or student.

Julia (20) is a Liberal Arts & Sciences student at Maastricht University. After doing an internship at Justice & Peace, she decided to stay as a volunteer. Julia is passionate about migration. With two fellow students, she investigated the opportunities and willingness to implement the community sponsorship model for student refugees. Justice & Peace is currently initiating the first student community sponsorship model in the Netherlands.