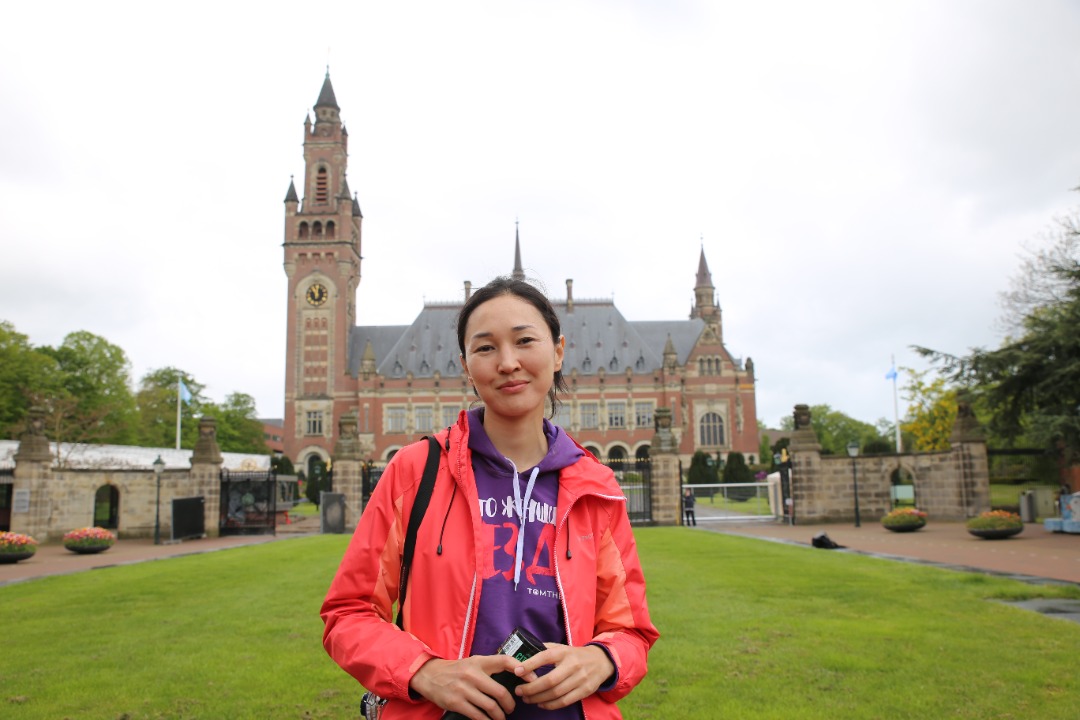 Guliaim, 'I want every person to be an activist'

Guliaim never set out to be a feminist or an activist. “I didn’t even realise that there was some inequality in our society until my teenage years.”

She and her brother were raised fairly equally and so it came as a surprise when, in her early teens, she visited a friend whose older brother had recently married. In line with Kyrgyz tradition, the bride had moved in with her in-laws and became kelin.

“In our society, a kelin is nothing,” she says. “She is like a maid for her husband’s family.” 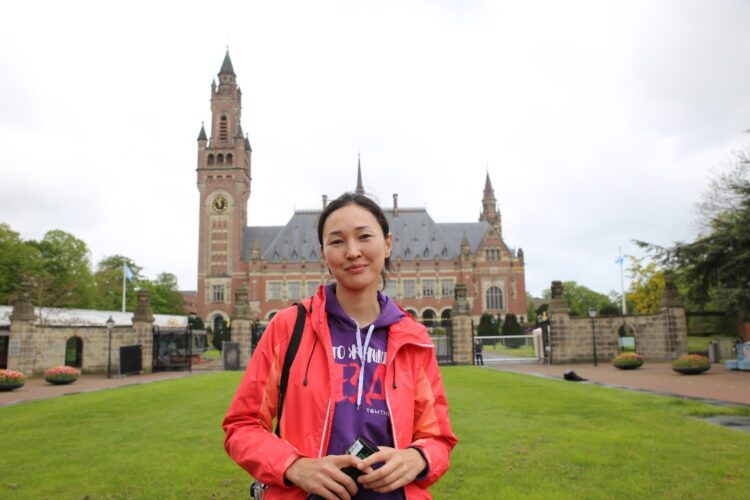 Guliaim realised that it was only a question of time before Guliaim herself would be subjected to what she felt was a culturally accepted form of slavery. She decided that she would not, not ever, become kelin.

“Of course, you look after the elderly, you help them… but you have to have your own dignity, and our kelins do not.”

“Women are being told by different groups whom they should be and how to behave. They don’t know what to do. But our women, if they want to, they can do anything.”

Guliaim set out to live according to her principles. She studied economics at university in Bishkek and international relations in Turkey. By not marrying her partner, she has avoided the social demands of being a daughter-in-law. But despite her best efforts, she realised that she could not isolate herself from societal expectations.

“What makes me most angry is that people think that women are less than men. Why do they think that?”

On paper, she explains, Kyrgyz women have had equal rights since the early Soviet period. “Maybe because we Kyrgyz people were nomads, our women were always strong and independent-minded.” But since independence in 1991, increasing conservative pressures from traditionalists and Islamists are currently eroding women’s rights and freedoms.

“Women are being told by different groups whom they should be and how to behave. They don’t know what to do. But our women, if they want to, they can do anything.”

Many young people avoid social pressures and seek a better life by leaving the country. In fact, of the group who left at the same to study in Turkey, she is the only one to have returned. But she doesn’t want to live anywhere else. She is determined to stay in Kyrgyzstan and make a difference.

And so, she began commenting on social media. It didn’t feel like a big thing. “I don’t understand why in our country in the 21st century we still have inequality, and I was mostly writing about this on social media, and from some moment in time people started to say that I was an activist.”

And then, early one morning about five years ago, she was harassed by a man on the street. “I was so angry because, why do you lecture me about dressing modestly?”

With three friends, they decided to do a ‘March in Shorts’. They didn’t think they were doing anything particularly radical: In Bishkek, women wear shorts, and they were just four friends walking on the streets. But such was Guliaim’s social media reach, that it attracted the attention of the nation’s media.

Suddenly Guliaim and her friends were publicly recognised feminists and activists. In some ways this attention was good: many young women have told her that it is through this event that they first heard of the concept of feminism, the Bishkek Feminist Initiative, and the idea that women have a right to demand change. 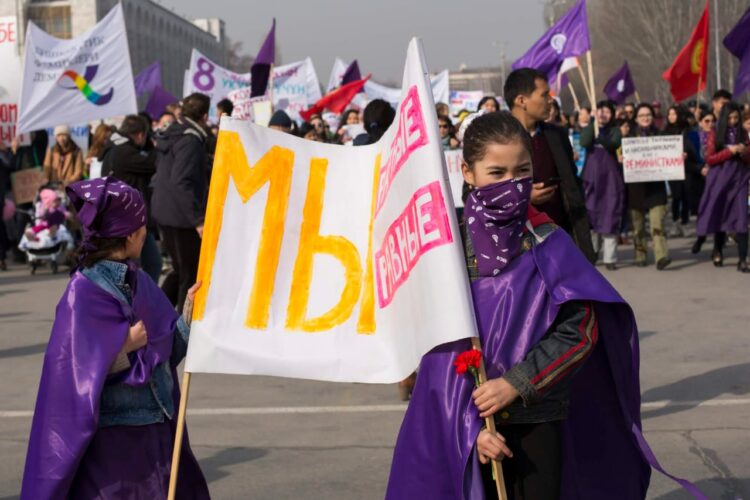 The cost of standing up

On the other hand, it triggered a barrage of hate speech and personally targeted aggression from sectors of society that don’t want change. From that moment on, every event she organised attracted increasing attention until the Women’s March of 2019 when participants were attacked by men in masks and the police arrested not the attackers, but the women themselves. Guliaim retreated from the public eye after that, participating discreetly in events.

The three months she spent in the Netherlands as a participant of Shelter City has allowed her to recover from the emotional strain of being at the centre of public debate. She has had time to reflect on the role of activists in her country, what makes it essential that continues her work.

“In our post-Soviet countries, we have this problem. For 70 years we lived under Soviet rule when you couldn’t do anything for yourself. If you plant a tree near your home, government will come and cut it. And this made us, as a nation, a little… dependent. For so many years, several generations lived like this and now we have to learn to be accountable for things that happen in our life.” 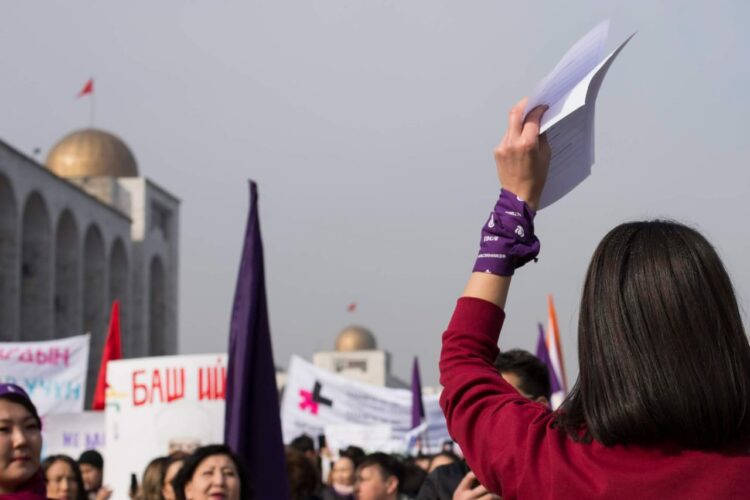 Looking forward to her return home, she is determined to change the minds of young women so that they recognise their rights. “We don’t understand how precious these rights, how other countries fought for these rights for years. We have them, let’s take them, let’s not lose them.”

“I want every person to be a little activist for themselves, for their families, for their street. It’s small country, and it’s very easy for one generation of young people to stand up and do something together. We can change our country for the better in a very short time.”

And she has identified other ways in which she can contribute to improving her country. “I see a lot of green here in the Netherlands and I want this in my country. If my street is without trees and my street is hot and dry, I have to do something. I don’t have to sit and wait while government comes to do it.” 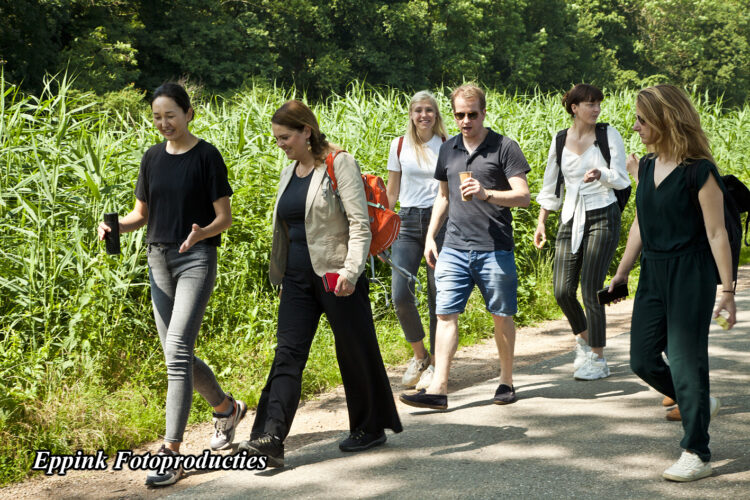 Guliaim walking with the Dutch Human Rights Ambassador, Bahia Tahzib-Lie, during the Solidarity Walk in Nijmegen in 2021.

Activism as a way of life

“I want every person to be a little activist for themselves, for their families, for their street. It’s small country, and it’s very easy for one generation of young people to stand up and do something together. We can change our country for the better in a very short time.”