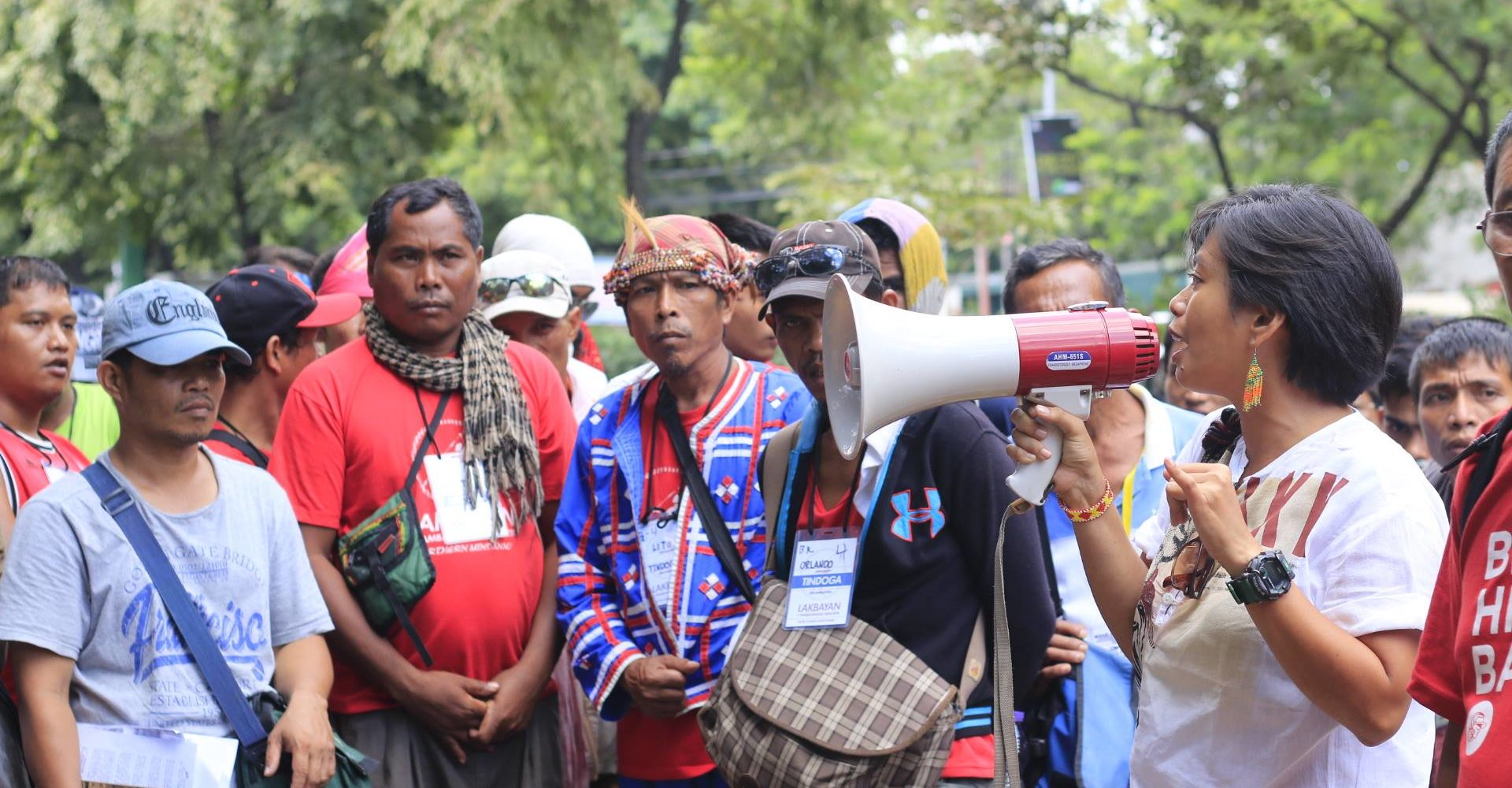 Czarina, being an activist when they’ve labelled you a terrorist in the Philippines

President Duterte’s administration has dealt severely with dissent – any critique of government policies, and police or military actions. As a result, the country has seen an increase in vigilante killings and arbitrary detentions of human rights defenders, lawyers, and journalists.

The process is known as red-tagging: anonymously distributed flyers identify an individual as an enemy of the state. Their photo and personal information are given, along with their (fictitious) link to a group – a journalist becomes a recruiter for an army; a lawyer is suddenly a fundraiser for rebellion. The message to the red-tagged individual is clear: stop your activist work or you will be arrested on trumped up charges or end up the victim of a vigilante killing.

Czarina has been red-tagged. More than once. When she returns to the Philippines after her three-month programme with Shelter City in the Netherlands, she knows that her life is at risk. While in the Netherlands she has had personal security training and learned how important it is to take care of her physical and mental health. But the risks remain. Where does she find the strength to continue her work?

‘If I don’t go back to this work, I feel a hole in my heart. I can’t imagine myself just lawyering for private cases. If I stop, I’m dead in my soul and that’s no life for me.’

Both her parents and two sisters are all human rights defenders. Her father was a political detainee during the Marcos regime and her mother is a retired labour arbiter in the National Labour Relations Commission. ‘She was part of the government and still she was red-tagged!’

Influenced by family convictions and passions, Czarina has wanted to be a lawyer since she was four years old. Clearly, her parents had high aspirations for their daughter. Her given names are Czarina – a queen, a woman with power and authority – and Golda, from Golda Meir the fourth Prime Minister of Israel. ‘My names give me inspiration to go forth as a woman. Being a woman, we can do magic, we can make history.’ 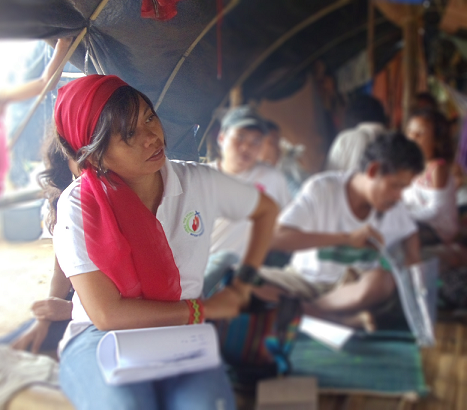 Her activism partially stems from idealism: that indigenous peoples should be respected for the exercise of their right to self-determination, that they won’t be killed if they say no to a mining project; that the urban poor are provided with adequate shelter and the youth given affordable housing and quality education.

But her passion for the indigenous peoples of her country stems from her mountaineering days when she was a student. After many weekends spent hiking the region’s beautiful mountains, she became interested in the peoples who call these remote areas their ancestral domains.

‘If we really want to protect the environment, we need to defend the people who defend the mountains.’

‘These risks that I face, I always think about the good that will come out of it, not just for myself but for the communities that I serve, for the Filipino people, for the world. I know that it’s not easy because for sure I do want to live a long life. I want to experience getting old, you know, it’s a miracle of life! But if I get killed along the way because of what I do, then maybe that’s my fate.’ 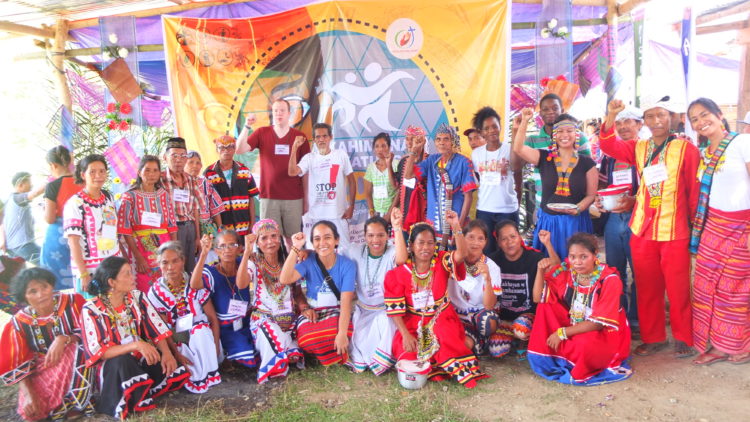 One of her most ardent hopes is that through her work she will influence others to either do pro bono human rights work themselves or stand by other lawyers when they are at risk.

For the risks in the Philippines are great: The UN Human Rights Council was ‘appalled’ at the violence against human rights defenders uncovered in its report. Czarina calls on colleagues in the legal profession to play their legitimate role in defending justice and peace.

‘The oath that we took as lawyers is to defend justice, to defend equality. We were taught in law school that this is not a money-making scheme, this is not business, this is not for profit. We are called upon by the law to serve for equality, for justice and all these ideals in a peaceful society.’

Too many of her colleagues prosecute false and baseless complaints against indigenous people and the urban poor or litigate false claims against human rights lawyers who are ‘just doing their jobs’. But the government is ensuring that its interests are well defended: the 2021 budget of the Intelligence Fund of the Office of the President, suspected by many human rights defenders of being used to pay off witnesses and hire spies, is larger than the budget allocated for the department of health.

‘We should do well because we only have one life to live. Do you want to live life living for material things, do you want to live life living for fame, for power? Or do you want to live life full of love and fulfilment, knowing that when you leave this life, when you go on to the next, you will be remembered by how you lived and how you loved, how you served all those who have less in life than you do? So, I think it’s not just ideals, it’s not just principles, but also on a moral and spiritual standpoint that we try to call out members to join our ranks, to defend the profession, to defend the people, because this is the essence of lawyering. This is the essence of life.’ 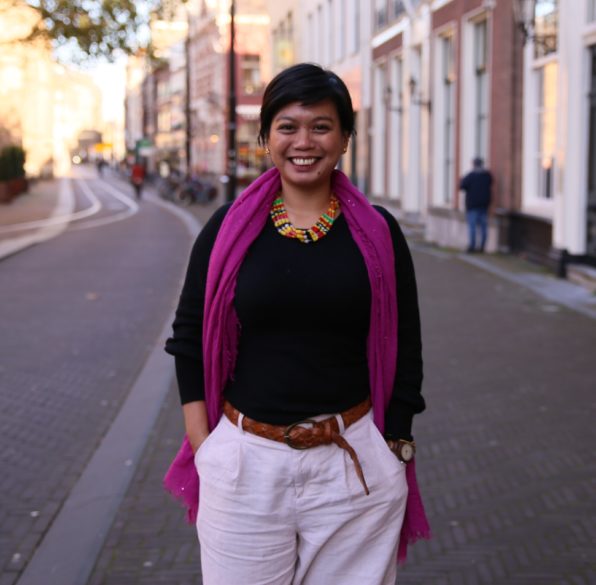 Czarina Musni is a human rights lawyer who defends the rights of marginalised peoples such as indigenous people and rural farmers in Mindanao, the Philippines. Czarina was a participant in our Shelter City initiative, and a guest in Shelter City Rotterdam. This story was made possible with the kind support of the Nationale Postcode Loterij and its participants.