Home » STATEMENT: Europe and the Netherlands are ready for a humane and solidarity-based refugee policy
15-03-22

STATEMENT: Europe and the Netherlands are ready for a humane and solidarity-based refugee policy

Our hearts and minds are with the citizens of Ukraine; citizens who are defending their own country, the more than 3 million people who forcibly fled their home and all Ukrainians living abroad who can no longer return to their home country.

We see that Europe is willing and able to welcome the people who left their home with open arms and to support them with sympathy, basic necessities, transport and housing. The European Union promised to arrange accommodation for Ukrainian refugees and many Dutch organisations are working hard on this as well. At the same time, we see that many Dutch citizens take action and, apart from donating money and necessary items, open their doors in order to shelter people who fled from Ukraine. 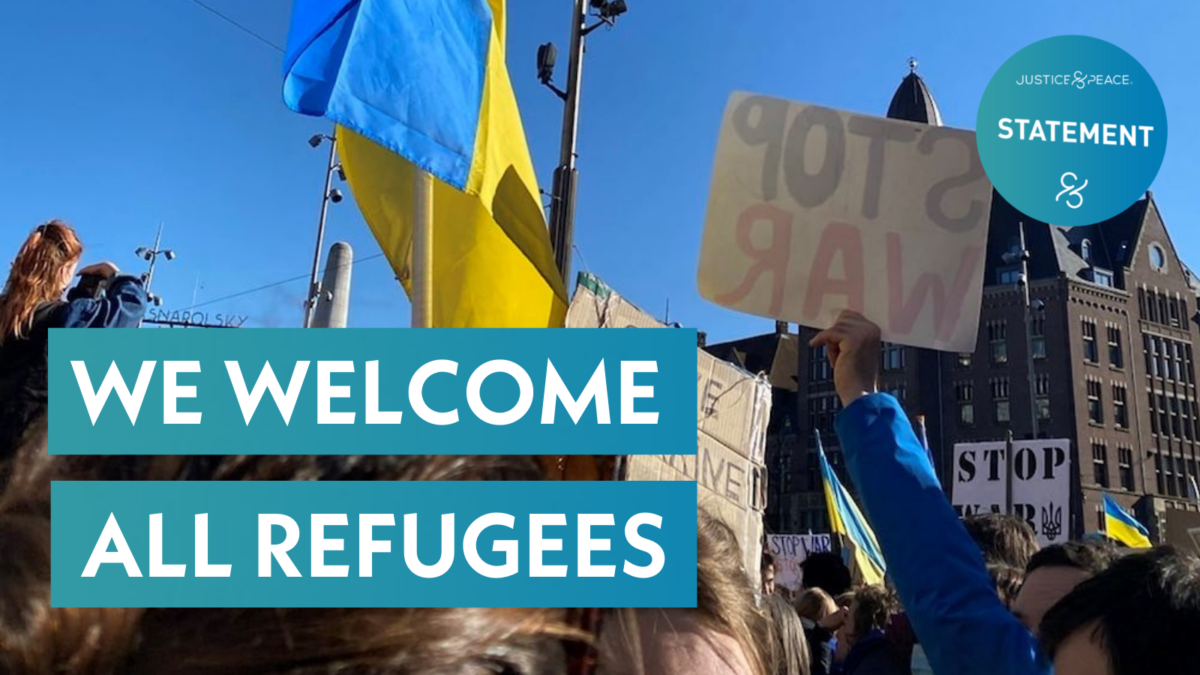 Several media outlets highlight the difference in capacity and willingness to shelter refugees in previous years with Ukrainian refugees now. For example, research from Motivaction shows that the majority of the Dutch population (66%) is in favour of giving asylum to Ukrainian refugees, as opposed to a mere 32% for Syrian refugees. Dutch citizens view Ukrainian refugees more positively than their Syrian counterparts, according to the research.

Other stories and images in the media suggest that nationality and ethnicity are taken into consideration when people flee from Ukraine, especially at the Polish border. Multiple campaigns have started in order to guarantee a safe journey for all people fleeing Ukraine, regardless of their nationality or ethnicity.

As Justice & Peace, we are happy with the public support and enormous capacity from the European population and governments. This increase in solidarity with people who forcibly fled their country is a hopeful sign that we as a European and Dutch society can have a different approach to refugee policy. Together, we can create a more humane refugee policy in which we are willing to receive and welcome people in our society and homes. A policy which puts people first, in which citizens and local governments cooperate. A policy whereby people who had to flee do not have to risk their lives to come to Europe or the Netherlands, whereby they find a safe and welcoming place. It feels wry that Ukrainian people are immediately welcomed in EU-countries while many non-Ukrainian refugees were not. Let’s make sure that this widespread public support that we currently see is the start of a solidary welcome in Europe and the Netherlands, not only of Ukrainians but of all people who fled their home, regardless of nationality and ethnicity. As we have seen in the past two weeks, the public support and capacity to do so are more than enough.

Share this article and your solidarity with people who have fled, regardless of their origin!

Human rights organisation Justice & Peace in the Hague initiated the first community sponsorship model in the Netherlands: Samen Hier. The successful model, originally from Canada, mobilises small groups of people on a local level using their network to support newcomers with a refugee background in building a new life.