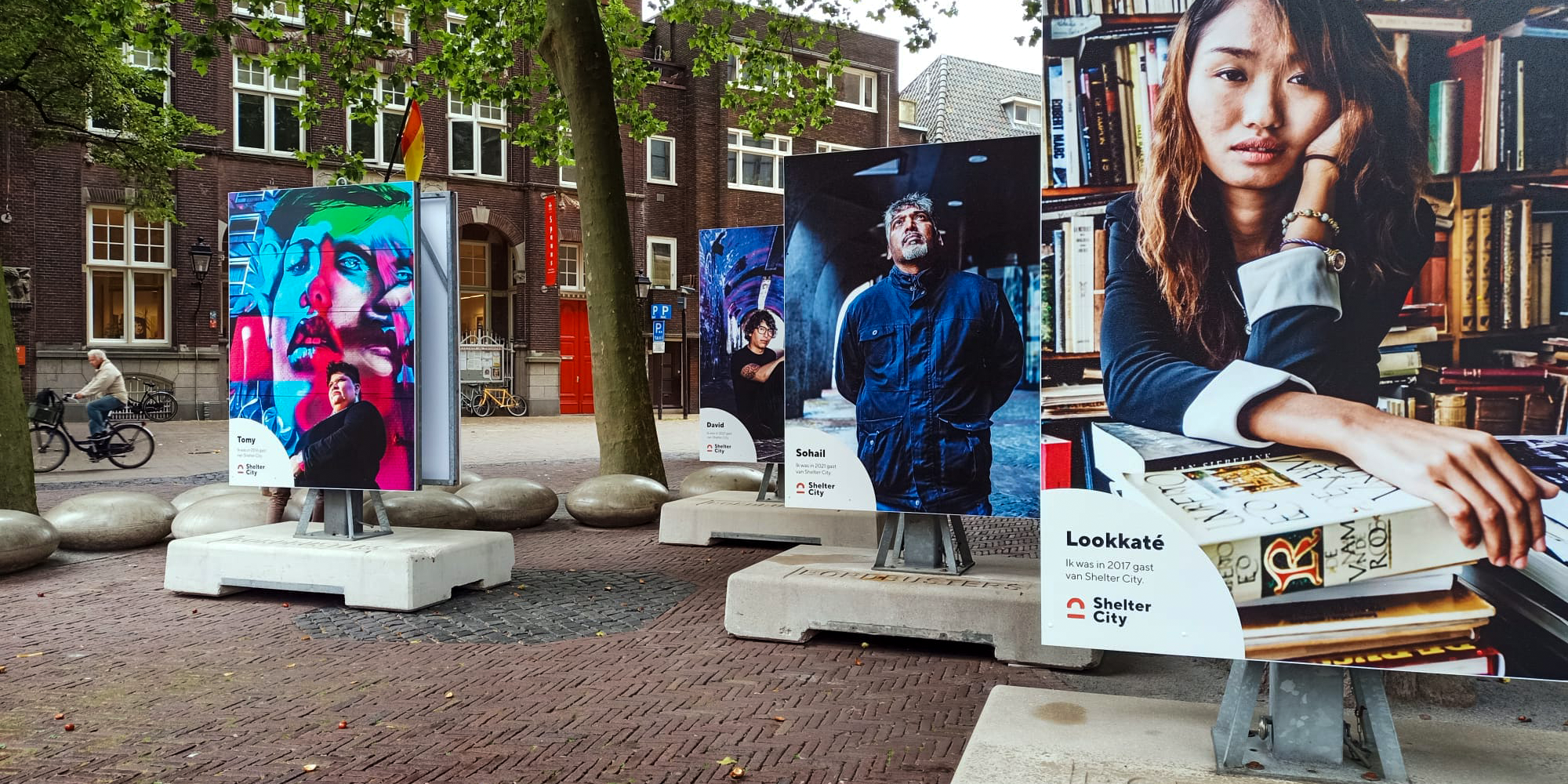 We’re excited to announce the opening of the Shelter City outdoor exhibition at the Domplein in Utrecht, Netherlands. The exhibition features five large and striking portraits featuring human rights activists from around the world, and is in celebration of the fifth anniversary of Shelter City Utrecht. The exhibition is a collaboration between the municipality of Utrecht, Dutch photographer Daniella van Bergen, Peace Brigades International (Netherlands), Justice & Peace Netherlands, and the Dutch National Postcode Lottery. It will be on display in Utrecht until 25th  October, 2021.

The exhibition includes five portraits by Dutch photographer Daniella van Bergen, featuring a  journalist and women’s rights defender from Honduras, a civil rights defender from Thailand, a young activist who supports families of missing people in Mexico, a LGBTIQ+ rights defender from Nigeria, and an activist who dedicates his life to prisoners unjustly detained in Pakistan. They are five of over 150 human rights defenders at risk that have been supported with a three-month stay in the Netherlands. Through her vibrant and powerful portraits, Daniella hopes to amplify the voices and the very human stories of those she portrays.

The outdoor exhibition was previously on display in Zwolle, Tilburg, and will travel to other Dutch cities after Utrecht. Check out the exhibition website for information here.

This year, Utrecht celebrates its fifth year as part of a network of 12 cities in the Netherlands and 20 cities worldwide that provide safe and inspiring spaces to human rights defenders at risk for a period of three months. For the last five years, the city of Utrecht has been a safe haven to 19 human rights defenders from countries such as Colombia, Mexico, Iraq, Russia, and Venezuela. Shelter City Utrecht was founded in 2016 by the municipality of Utrecht in collaboration with local organizations Peace Brigades International (Netherlands), Netherlands Institute for Human Rights, Utrecht University, Utrecht Human Rights, and UAF.

Currently staying in Shelter City Utrecht is Caroline Rucah, a women’s and LGBTIQ+ rights defender from Kenya who arrived just last month. In Kenya, Caroline leads the organization Let’s Be Tested Queens, a women-led organization that focuses on women’s rights and fights for an inclusive society. Due to Caroline’s human rights work, she has had to relocate several times in Kenya, and has been subject to harassment, vandalism, burglaries, and even an attempted carjacking at gun point.

In honour of Shelter City Utrecht’s fifth year anniversary, a public event and film screening will be held on the 13th of October at Bibliotheek Neude with key note speaker and Utrecht alderman for diversity, Linda Voortman, and their current Shelter City guest, Caroline. More information here. 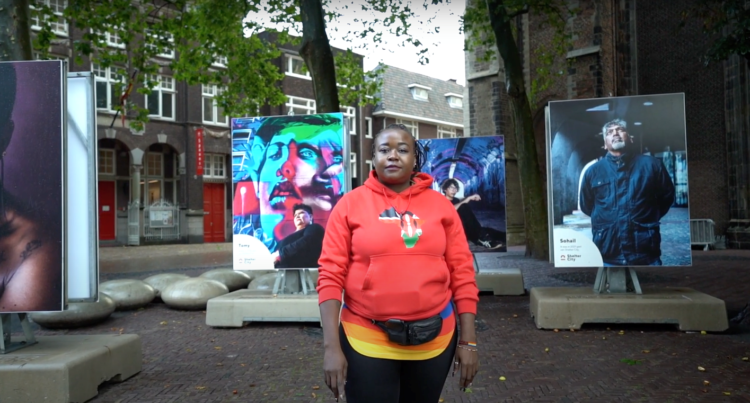 Shelter City is a global movement that provides safe and inspiring spaces to human rights defenders at risk where they re-energise, receive tailormade support, and engage with local allies in order to reinforce their local actions for change. Each Shelter City comprises a local network of organisations and citizens.

There are currently 10 human rights defenders staying throughout the Netherlands until December 2021 coming from Colombia, the DRC, Gaza, Kenya, Peru, Turkey, Uganda, Venezuela, Yemen. Their topics range from photojournalism and freedom of press, LGBTI+ rights, business and human rights, conflict resolution and peace building, and civil and political rights.