On March 17, our Justice & Peace team was present at the Lopend Vuur campaign. From 1 to 17 March, a ‘Lopend Vuur’ (‘Spreading the Fire’) was spreading through the Netherlands, during which vigils and routes took place in more than seventy villages and towns. The campaign showed that there is support for a different migration policy. The Lopend Vuur symbolised the devastating fire in camp Moria and the approach to the situation at the European borders. The campaign ended on the day of the Dutch elections, in the political capital: The Hague. On this day we were present to show that we support the campaign and see opportunities for a different, more humane migration policy in the EU.

A more humane migration policy is necessary because the situation of refugees at the borders of the EU is far from resolved. People on the run risk their lives to find protection in countries such as the Netherlands. Justice & Peace therefore advocates for expanding the possibilities for refugees to arrive safely and legally. Resettlement, the practice whereby the Dutch government invites recognized refugees from refugee camps outside the EU to settle in the Netherlands, is an example of such a legal and safe route in which the Netherlands is already cooperating. 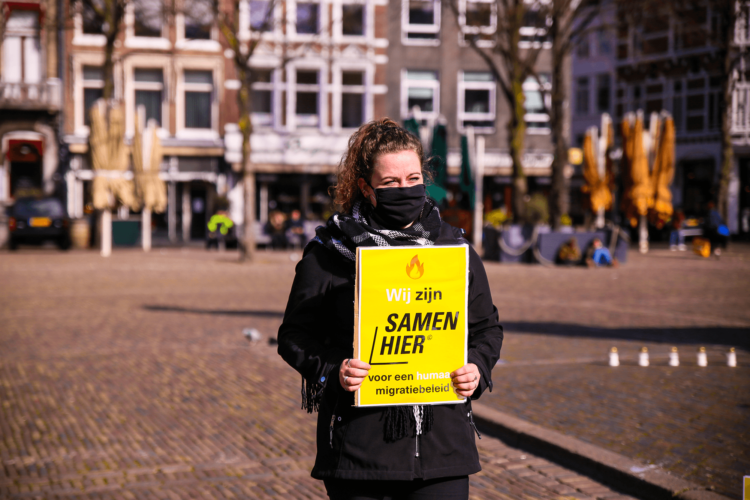 Justice and Peace urges the cabinet to also allow for the development of innovative models for refugee reception. Good examples are the Italian humanitarian corridors and the community sponsorship programs in countries such as Germany and the United Kingdom. The European Commission also recommends making use of models of community sponsorship.

What is community sponsorship? In short, it is a model in which groups of residents, citizens, social organisations and companies are given room to use their time, resources and networks to receive a refugee (family). This makes it a local and innovative way of refugee reception, that optimally uses existing support: through the direct involvement of citizens, refugees directly benefit from the social and professional networks present in their new place of residence and they can start building up their new existence from day. Local communities play an active role in the reception and integration. 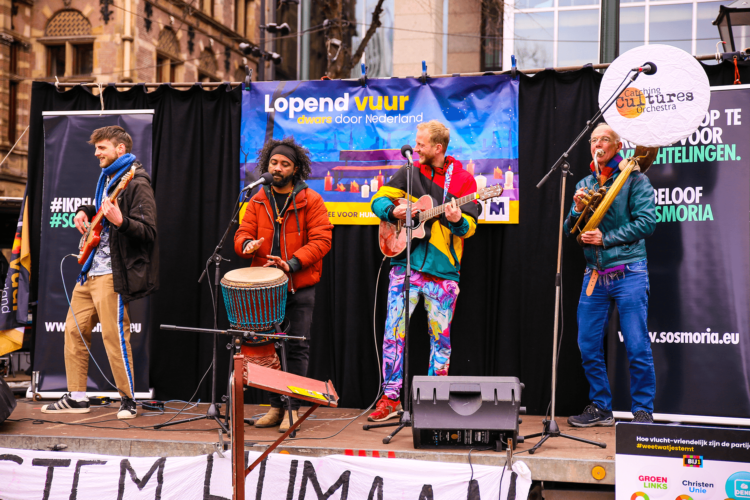 In this way, the government can effectively use the available support and resources from society to optimize the protection of refugees. Community sponsorship offers both refugees and the government an alternative to dangerous migration routes: because refugees can come to the Netherlands via a regular flight after careful screening and selection on the basis of a visa. It is a model in which the Dutch government and Dutch residents can work together on the arrival, reception and further integration of refugees. 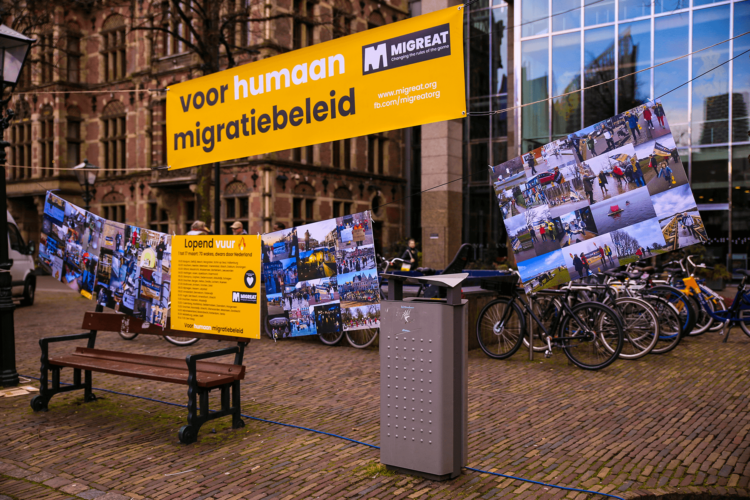 With the Samen Hier initiative, Justice and Peace is active in various Dutch cities to develop community sponsorship in the Netherlands, in which we work together with residents and local organizations.