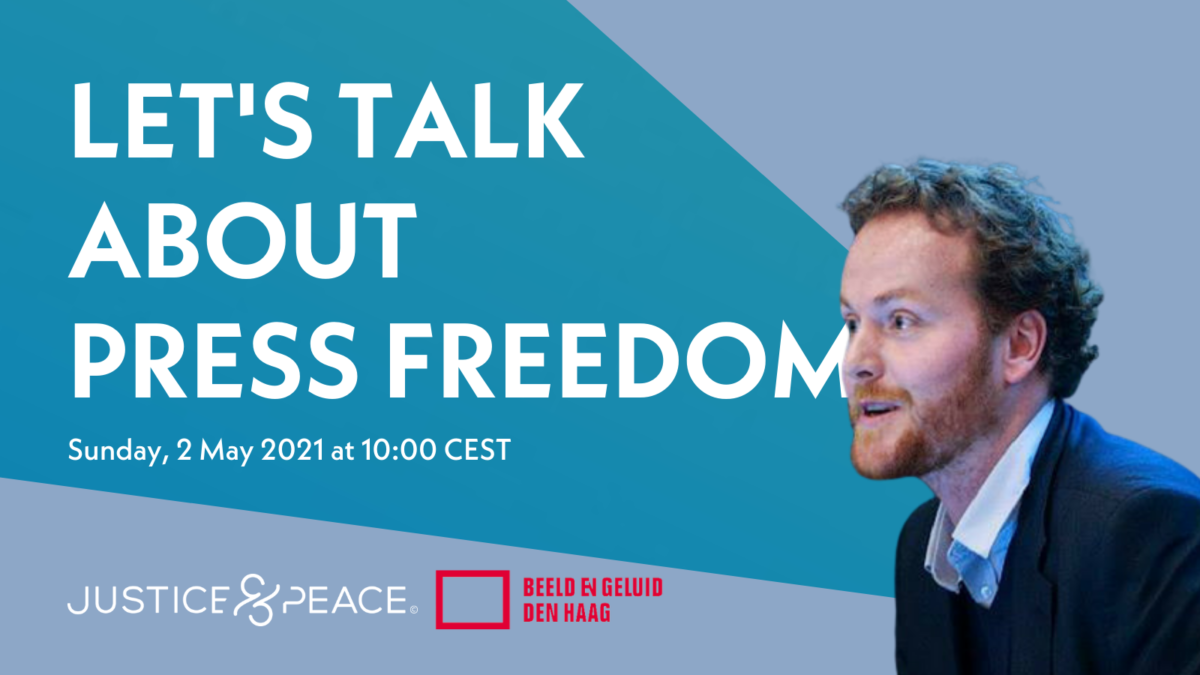 Press Freedom Day Online is an initiative of the Press Freedom Committee, organised by Beeld en Geluid Den Haag and is made possible by the Municipality of The Hague.

The event is linked to the International Press Freedom Day (every year on 3 May), on which worldwide attention is drawn to the importance of a free, independent press and the safety of journalists. During this event, journalists, experts and policymakers discuss the state of press freedom under authoritarian regimes abroad and the polarising democratic society in the Netherlands.

Among those speaking at the event are Bahia Tahzib-Lie, Netherlands’ Human Rights Ambassador and our Director, Sebastiaan van der Zwaan. Speaking alongside them is Oksana, a Belarusian journalist dedicated to the freedom of speech and rights of journalists and a Shelter City guest. As a journalist, Oksana is part of the ongoing effort to protect and promote freedom of speech, information, and independent and professional journalism in Belarus.

With the support of the Netherlands’ Ministry of Foreign Affairs, we’re grateful to have Oksana be part of our Journalists’ Safe Haven Initiative, which aims to promote the safety of journalists, in particular women journalists, worldwide so that they can build new strategies and continue their important work for freedom of expression in their countries.

The event will mainly be held in Dutch, but our part will be conducted in English.

Read more about the event here.